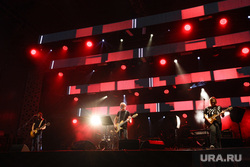 An independent electronic artist from Kurgan Dmitry Konov (ex-member of the Nevidi?mka group) will present a new album in Tbilisi. The Kurgan’s solo project is called MIMIKO.

“Firstly, the release date of the new album “Fatalista” on streaming has become known – December 16, the premiere of the release on all digital platforms. Secondly, I will present the album in full in Tbilisi – on December 10 in a cool place “Secret Place”, – the artist said on his official page “VKontakte”.

Earlier, MIMIKO presented its dark-indie album “SUPERSOLYAR” in Kurgan. The program also featured songs by the Nevidi?mka group (Dmitry Konov is one of its founders). “Invisible? Mka” was popular with filmmakers, its tracks sounded in the TV series “World! Friendship! Gum!”, “Millionaire from Balashikha”, “Last Rave”. Since 2020, the Kurgan left the group and began to perform solo.