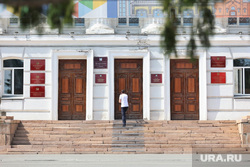 The court twice ordered the administration of Kurgan to pay compensation to the family for the use of funds that were due to them for unallocated housing. Information appeared in the Kurgan city court.

“The plaintiffs are asking to recover interest for the use of other people’s money for the period from 08/01/2019 to 05/31/2022 <…> given that the obligation to pay the amount of money by the administration of the city of Kurgan has not been fulfilled to date, the court concludes that the stated requirements are legal”, – reads an excerpt from the court order. The mayor’s office was obliged to pay each of the three people 103,450 rubles. 60 k. as interest for the use of their funds.

The claims of Kurgan residents to the administration began in 2013. Then the Kurgan city court ordered the mayor’s office to provide the family with comfortable housing. In 2015, the court changed the decision on the case and decided to pay funds in the amount of 1,595,426 rubles instead of housing. The administration was in no hurry to pay, the bailiffs took up the collection of funds, and after some time the Kurgan residents, who were waiting for the money, again went to court.

In court, they filed claims for payment of compensation for the mayor’s office to use their money for housing in the period from 2017 to 2019. They agreed with the arguments of the plaintiffs and decided to pay the three participants in the process 98,650.87 rubles each. The administration also delayed the payment of interest. This forced the Kurgan family to return to court for new compensation. The court again took their side and ordered the mayor’s office to pay more than 310 thousand more for the delay in payment.

Earlier URA.RU reported that the Kurgan court forbade the city administration to deprive the prisoner of housing. The mayor’s office denied the man a contract for renting a room in a hostel due to the fact that he did not live in it.