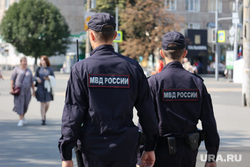 Policemen from the Department of the Ministry of Internal Affairs for the Kurgan region burned drugs, which were material evidence. This was reported on the official website of the regional administration.

“Employees of the Office for Drug Control, with the participation of special forces of the Russian Ministry of Internal Affairs for the Kurgan region, carried out a planned destruction of narcotic drugs. Previously, these substances were seized from persons involved in drug trafficking in the region,” the statement said.

Earlier URA.RU wrote that a minor drug dealer was detained in Kurgan. He is suspected of attempted sale of narcotic drugs on a large scale. A bundle with a substance containing a narcotic was found in a young Kurgan.