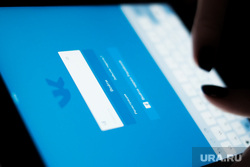 Removal of VK applications from the App Store marketplace will lead to a decrease in iPhone sales in Russia. This was stated in a conversation with URA.RU by an expert of the commission for the development of the information society in the Federation Council, the main developer of the Kremlin.ru website, the general director of the lab.AG studio. Artem Geller.

Earlier, VK confirmed the removal of several applications from the App Store. However, the Russian company clarified that all previously installed services continue to operate as usual.

“It is impossible to create products without relying on all markets, on all platforms. Of course, this will affect Apple first. This will also affect iPhone sales in Russia. Maybe not now, but in the near future,” said Artem Geller.

According to the interlocutor of the agency, Apple is engaged in biased moderation of products on its marketplace. “If we talk about Apple, then it discredits itself and politicizes with its decisions. This reduces the credibility of the company from developers, users, investors,” he said.

Director of the Association of Professional Users of Social Networks and Messengers (APPSIM) Vladimir Zykov, in an interview with URA.RU, noted that many developers, including VK, are ready for such actions from foreign marketplaces. “We must remember that mobile versions of applications are already available and the user retains the ability to use them, but through web browsers,” the expert said.

“The trend that has begun on the part of the American IT platform is causing serious tension. But we, as a user community, are now talking with colleagues in order to take certain actions from our side. Due to the fact that VK is no longer available on iOS, there may be a threat to the professional community and its business. In this part, we are now consulting with lawyers on what we can do to protect Apple’s social network in a judicial plane, ”added Zykov.

Geller also explained why VK was under attack from Apple. “This is the most popular social platform in Russia with numerous products and services available in Russia. They fully replaced what we lost with the departure of Meta (an extremist organization and banned in the Russian Federation). This is the most massive and popular target,” he concluded.