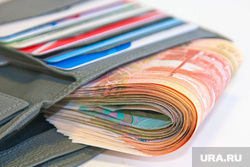 The KhMAO authorities will begin to pay lump-sum payments of 250,000 rubles to mobilized residents of the region after they pass a medical examination and are approved for service in a military unit. Teresa Ponomareva, director of the district department of social development, told URA.RU about this.

“Payments are made without application – a person mobilized, entered the unit, the military registration and enlistment office immediately sends us a list and we immediately pay,” Ponomaryova comments to the correspondent of the agency. At the same time, in order to receive a payment, a soldier must go through the distribution procedure in the unit. “The medical board will pass and it will say for sure whether a person is fit for military service, whether he will be sent to serve,” the director of the department clarifies.

One-time payments from the regional budget to the mobilized residents of Khanty-Mansi Autonomous Okrug, according to the information of the district department of social development, amount to 500 thousand rubles. Half of them are paid when they are sent to military service, and the remaining 250,000 – at the end of it. “Today we have 134 contractors, whom we have already paid money. There were no mobilized yet. Now we will receive information from the military registration and enlistment office and pay,” Ponomareva added during a conversation with a journalist from the agency.

Earlier URA.RU said that the KhMAO authorities will pay 100 thousand rubles to the children mobilized for admission to universities. A lump sum payment can be spent on the purchase of educational literature or on travel to an educational institution.

Russian President Vladimir Putin announced partial mobilization on September 21. About 300 thousand people will be sent to the front to help the Russian army. Since February 24, Russia has been conducting a special operation to denazify and demilitarize Ukraine. According to the head of state, the main task of the special military operation is to protect the civilian population of the DPR and LPR.