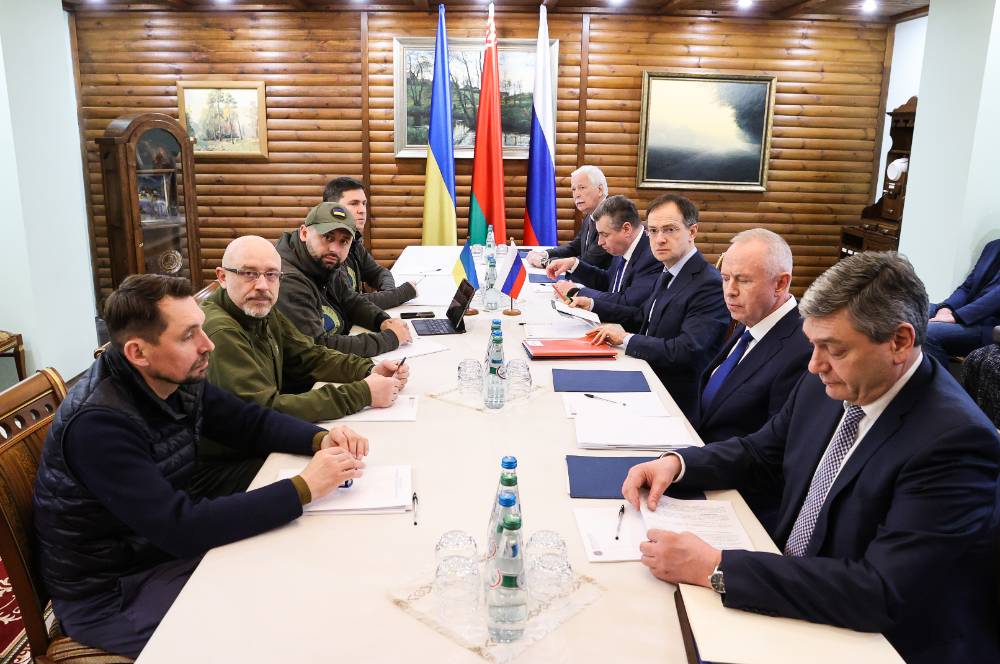 Political scientist Yuriy Svetov responded harshly to the head of the Ukrainian delegation, David Arakhamia, to the statement that Kyiv could return to negotiations at the end of August. In a conversation with Life, he recalled that in fact the decision to resume negotiations would be made by Russia.

“The main question now is the words of the official representative of the Russian Foreign Ministry, Maria Zakharova: “There is no Ukraine within the former borders and will not be anymore.” This is a key issue! And the Ukrainian side says that yesterday they had [премьер-министр Британии] Boris Johnson, what are the statements from their main ally the UK? said the expert.

According to him, Johnson stated that Russian troops should leave the territory of Ukraine, return Crimea, Donbass, Lugansk region to it, and only after that negotiations are possible. As Svetov noted, people on the Ukrainian side still have the feeling that they are the winners who can dictate the terms of the negotiations. Therefore, Arakhamia can assign any period for this – be it August, December or 2025.

“When the negotiations take place, the Russian Federation will determine. Will we negotiate with them?! That’s the question. And who will we talk to?” — emphasized the political scientist.

The expert explained that August was scheduled for negotiations, because Ukraine expects to receive additional weapons from its Western allies by July. According to him, then Nezalezhnaya can go on a decisive offensive, during which an attempt to “return” Crimea is also planned.

“Threats of shelling the Crimean bridge – what is this? A prelude to negotiations? Therefore, now, on June 18, it is ridiculous to hear talk that there will be negotiations in August. Or maybe Russian troops will be stationed in Kyiv in August, or maybe in Lvov? These are all empty sounds” , — considers the interlocutor of Life.

On behalf of Ukraine, only one person can speak about negotiations with Russia – the president of the Independent, Volodymyr Zelensky. Foreign Minister Dmitry Kuleba can also speak out, but the statements of all other people have no basis, Life’s interlocutor concluded.

For the sake of the senators of the Federation Council in Khanty-Mansiysk Autonomous Okrug they laid a table with venison carpaccio. A photo

For the sake of the senators of the Federation Council in...