Home News It is necessary to think about improving the system of remuneration of... 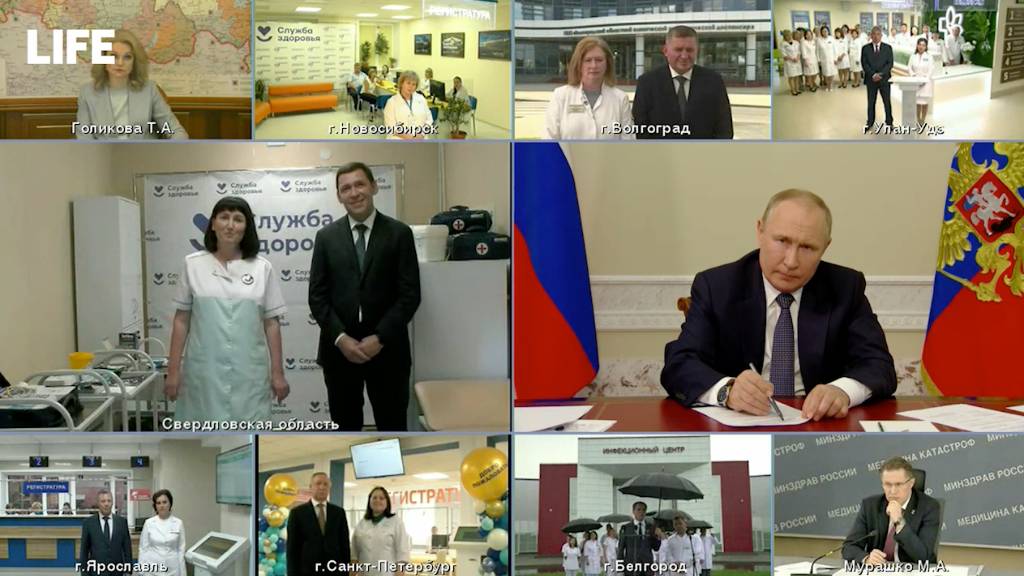 It is necessary to consider how the system of remuneration of medical workers in Russia can be modernized. This was stated by Russian President Vladimir Putin during the opening ceremony of medical centers in the regions of our country, which was held via video link.

During the opening ceremony of a feldsher-obstetric point in the village of Polovinny, Sverdlovsk Region, Putin spoke with his employee Valentina Sinichkina, who said that she had been working in the FAP for 33 years, after which the Russian leader inquired about the woman’s salary. She said that she receives about 30 thousand a month, to which the head of state said that this is a small income, given the long experience of a medical worker.

“We need to think about how to build a wage system in the industry as a whole. Tatyana Alekseevna and I [Голиковой] this has been discussed many times already. We need to approach this very carefully, carefully, but I think that we need to build it accordingly,” said the Russian leader.

Ministry of Defense: Kyiv fired at the regions of the Russian Federation “Points-U”

The creator of “Earthlings” Vladimir Kiselev explained why there are no...

Ministry of Defense: Kyiv fired at the regions of the Russian...

The Ministry of Defense of the Russian Federation confirmed the strike...