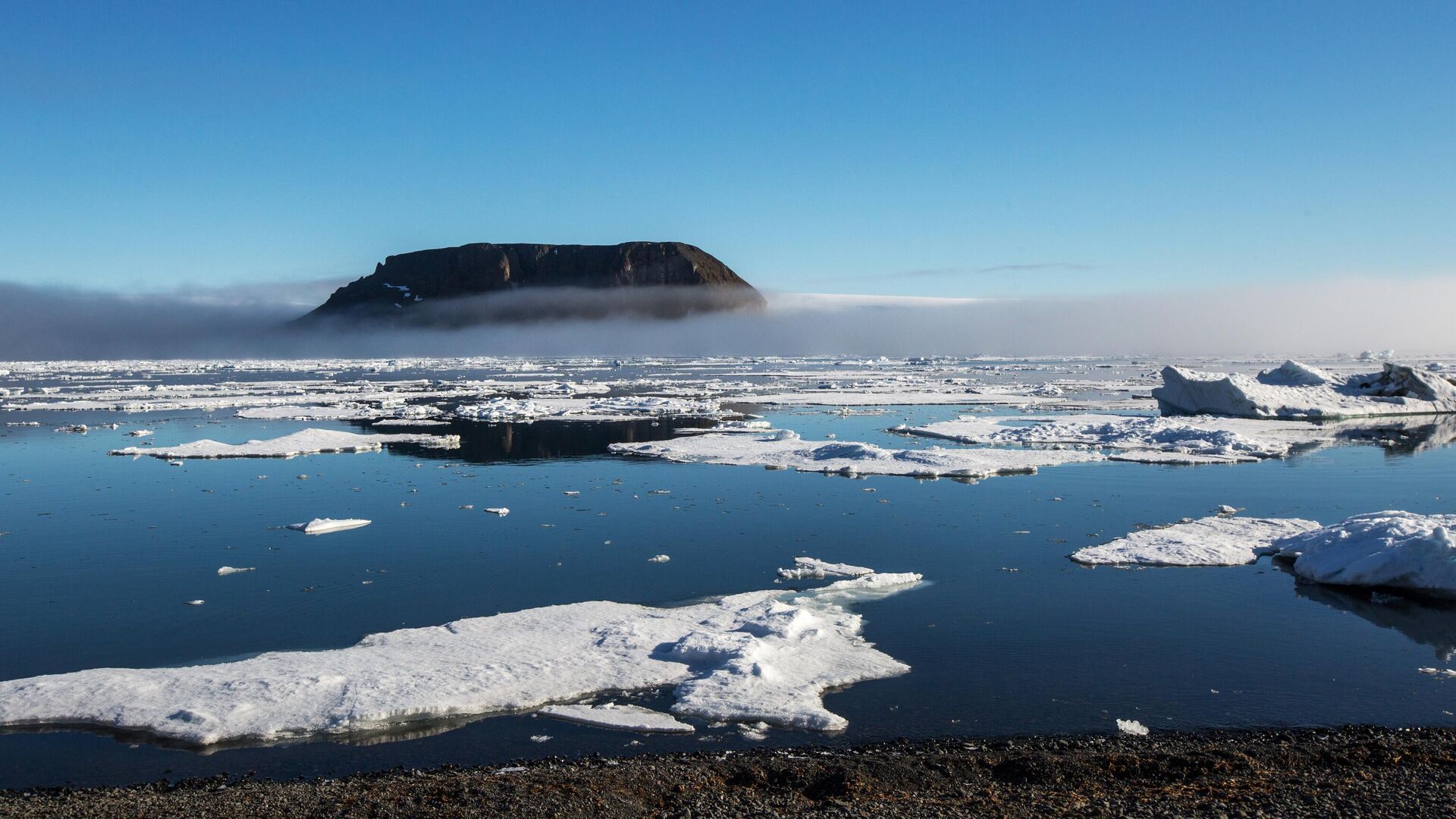 VLADIVOSTOK, October 21 – Scientists this year, for the first time in 20 years, note a cooling snap in the Pacific part of the Arctic that is unusual against the background of global warming, it allowed polar bears and walruses to return to their usual way of life on ice and not go ashore, said a researcher at the Beringia National Park, a specialist on marine mammals, candidate of biological sciences Anatoly Kochnev.
“First of all, we can talk about a cold snap in Chukotka and Alaska, because there, in the places (on the coast), which have been occupied by walruses for the last 20 years, this year they were not … This is not an anomaly, this is a return to normal. 20 years, when there was a warming. Now the ice is not as heavy as it was 40 years ago, for example, but it is close to that. I am glad for walruses and bears, they all got a break, “Kochnev said.
According to him, the ice in the coastal waters stood all summer. Walruses, which in recent years have formed large rookeries on the coast, lived on ice.
“They are adapted for this, they need ice. Previously, there were no walruses in those places (on the shore), bears rarely entered, because they all lived happily on the ice. On the coast, walruses choose capes, closed from the wind. And when there is ice, they drift on it, they do not need to spend energy on moving: they dived, ate from the bottom, emerged onto the ice floe and sleep. During this time, the ice floe will be blown away – they they will dive in another place, “says the scientist.
He notes that for the past 20 years, when the ice has risen late, walruses have been in a difficult situation. They had to swim hundreds of kilometers from coastal rookeries to feed themselves. There are few places where there is a high density of mollusks and worms that walruses feed on, and it takes a lot of energy to get there from the coastal rookeries and return.
“Despite the intensive nutrition, they only lost weight, because they spent more energy than they received. There were many thin, emaciated animals, there was a high mortality rate. And now they are on the ice, everything is fine. Bears also go to the ice. The problem is for them was that when there is no ice, they cannot hunt seals. They love them more than walruses – they are tastier, fatter, they are easier to get, you cannot get them with fangs, “says the source.
He explains that in recent years, the reduction of ice has led to the fact that walruses began to come ashore en masse and bears followed them. The environment forced these predators to switch to new foods. Bears hunted walruses before, but rarely, but now, with warming and shrinking ice, this has begun to turn into the norm.
“But as soon as the ice appeared, they do not need to risk and attack walruses, they can safely feed on seals. At Cape Schmidt, where polar bears constantly came ashore (in previous years), this year they lived on ice and only went out then. When a storm began, the ice floes broke. In a day or two, the sea calmed down, the ice was set again, and the bears ran back to it. There were many seals on the ice, “the source said.
He also noted that this year the ice carried polar bears eastward more than usual – to places where they were rarely seen before. The scientist believes that the situation with a cold snap this year on the coast of Chukotka is accidental, and the general trend towards warming will return.
“If he doesn’t come back, it will be great. Previously, we were worried about bears and walruses, for which ice reduction is a burden on the population and a chance to disappear, and if there is a steady trend towards cooling, the area of ​​sea ice will grow again and there will be no threat to animals. In this case, it will be necessary to rearrange the emphasis in research and study how the animals were influenced by the years of warming, whether they continue to use the acquired habits, “says Kochnev.
Then, according to the scientist, the research methods will change, since in the ice the animals will be less accessible for observation. It will be necessary to use remote tracking, to attract icebreaker ships.
“But there will be no such fears for the future of animals. Although it will take 5-10 years to understand that this trend towards cooling is stable, and not temporary,” the biologist sums up.
The polar bear is listed in the Red Book of Russia and the International Union for Conservation of Nature. Its numbers are steadily declining. Among the main threats are poaching, a decrease in the area of ​​sea ice as a result of climate change, and pollution of the Arctic natural environment. Polar bear hunting has been banned since 1957.