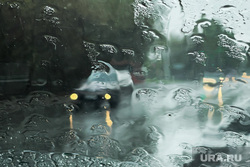 In Tyumen, municipal and road services are eliminating the consequences of a heavy downpour that took place on the evening of August 11. This is reported by the official page of the city administration “Tyumen is our home” in the social network “VKontakte”.

“Road and utility services of Tyumen are working around the clock, eliminating the consequences of a heavy downpour that began tonight. The head of the city of Tyumen, Ruslan Kuharuk, set the task for all services to carry out work aimed at eliminating flooding as soon as possible, ”the administration said in a message on the VKontakte social network.

They noted that pumping machines and motor pumps are operating in traditional areas of precipitation accumulation. In addition, the selection of broken trees and branches is carried out. “During the night, utilities intend to work out most of the problematic addresses,” the city administration added.

Earlier URA.RU wrote that a heavy downpour had passed in Tyumen. Residents of Tyumen shared videos of the bad weather on social networks.