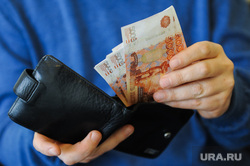 The average salary for three years in the Chelyabinsk region has reached its maximum. According to Chelyabinskstat, in the first half of the year, the income of the region’s residents reached an average of 48,221 rubles.

The most paid employees are representatives of scientific and technical organizations. The income of this group of workers reached 73,705 rubles. Less than the rest are received in the hotel sector and catering enterprises. There the average salary stopped at the level of 23,624 rubles.

The trends of winter and summer in the first half of the year were preserved. As explained in August in Chelyabinskstat, the salaries of scientists in the region from January to May were almost 56% higher than the average salary in the Chelyabinsk region. 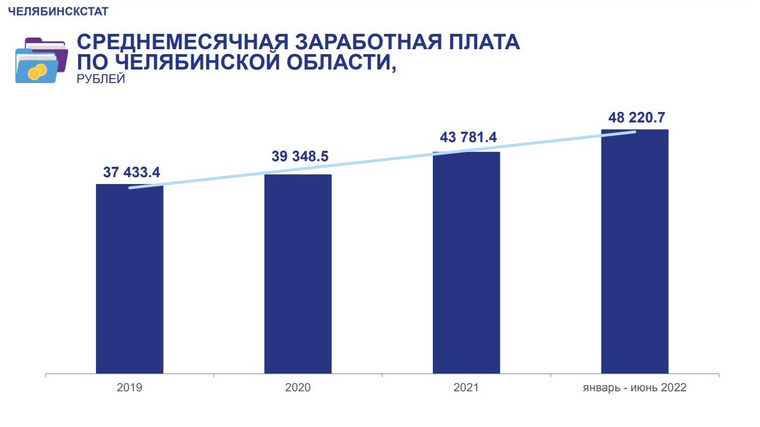 For three years, the average salary in the region has grown by almost 11 thousand rubles.
Screenshot: Chelyabinskstat 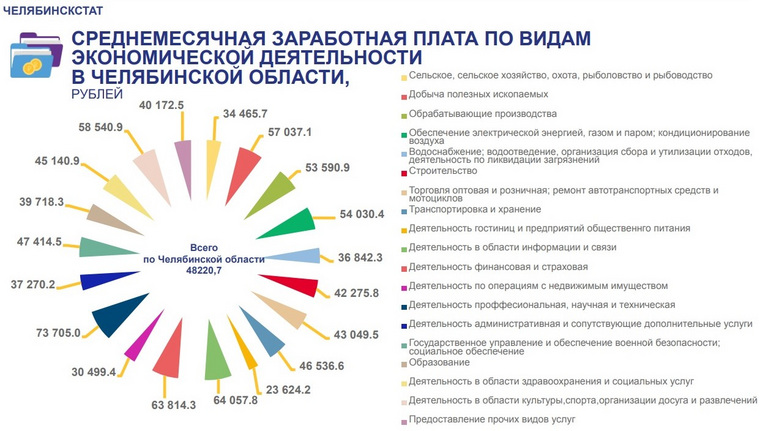 The run-up of wages from the minimum to the maximum reached 50,081 rubles
Screenshot: Chelyabinskstat