In Pushcha-Voditsa psycho-neurological boarding school, the buildings damaged by the shelling of Russian troops in March were repaired.

This was announced by the Deputy Chairman of the Kyiv City State Administration Marina Honda, Ukrinform reports with reference to the press service. KSCA.

“In March, a rocket from a Russian multiple rocket launcher hit the territory of the Pushcha-Voditsa psycho-neurological boarding school. The shelling damaged utility buildings and the mortuary, which were restored by the charity Global Empowerment Mission.

According to Honda, more than 300 wards of the institution were evacuated the day before the shelling, so no one was injured. Then several outbuildings were damaged, which needed to be restored before the onset of cold weather. 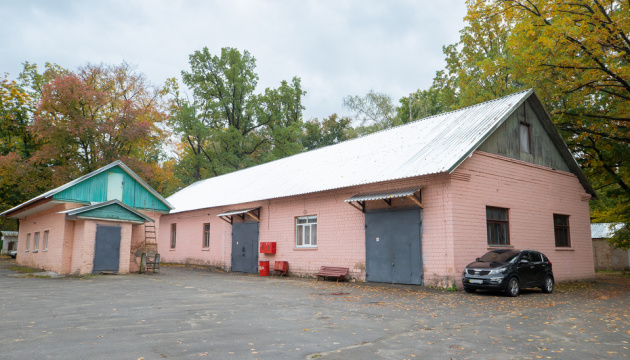 In Pushcha-Voditsa, the buildings of the boarding school, damaged by the shelling of the Russian Federation, were repaired / Photo: KSCA

The Deputy Chairman of the Kyiv City State Administration noted that the foundation restored the locksmith shop, the mortuary, the greenhouse, replaced the windows and blocked the damaged roof on the residential buildings.

All this was done in a month.

In turn, the representative of the GEM Charitable Foundation Andriy Negrich noted that the foundation is ready to continue working on the restoration of damaged facilities in Kyiv.

The foundation has already restored more than 20 facilities in Ukraine, including schools and outpatient clinics. The fund spent more than one million hryvnias on the restoration of Pushcha-Voditsa psycho-neurological boarding school.

Read also: The enemy fired artillery from a psycho-neurological boarding school near Kyiv

Global Empowerment Mission is a non-profit organization founded in 2011 as the first response to global catastrophes.

Today GEM supports missions in 40 countries. In Ukraine, the organization is involved in both the supply of humanitarian aid and the restoration of infrastructure damaged by hostilities.