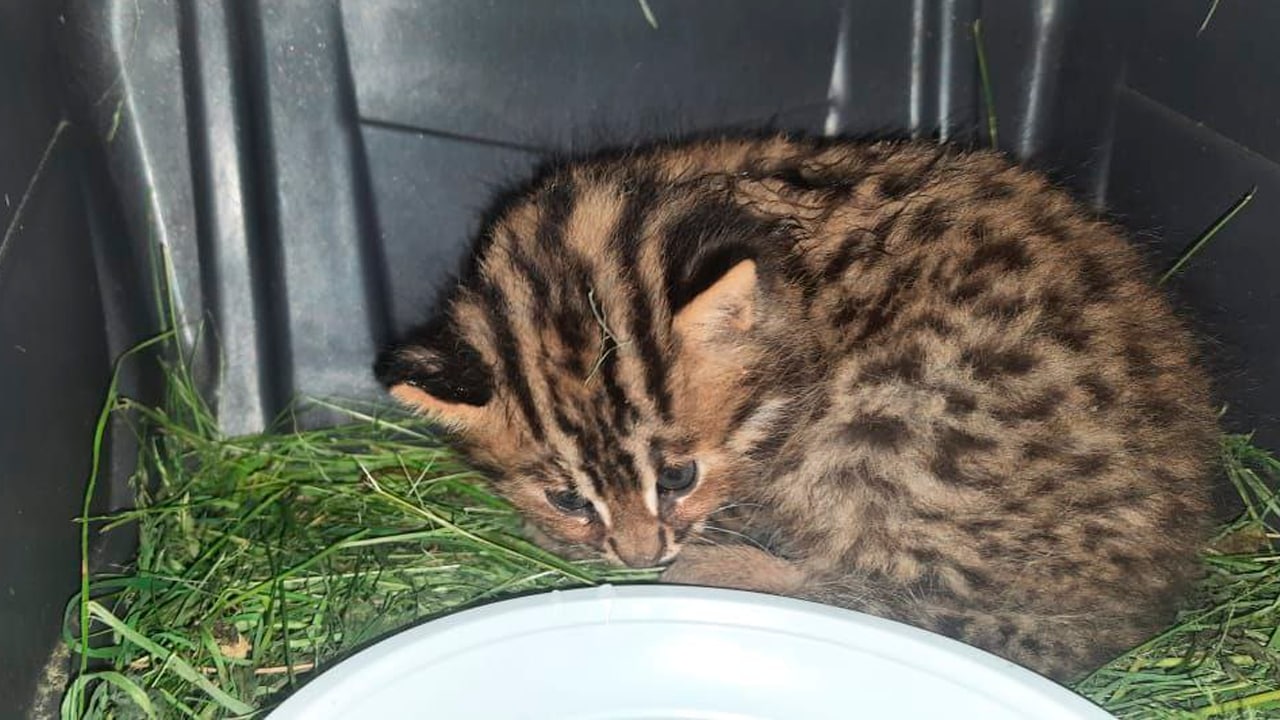 In the Primorsky Territory in the city of Fokino, local residents found a downed female of a rare Far Eastern forest cat with a kitten. This was reported at the “Tigr” center, where they were taken.

“Unfortunately, the adult cat died. After a veterinary examination, the doctors concluded that the kitten was also injured,” the center said in a statement.

They clarified that the kitten is also at risk: he received serious injuries. The vets are doing everything they can to keep him alive. Judging by the published video, the baby weighs only about 400 grams, he is still barely moving.

In Kazakhstan, two workers died in the millstones of a suddenly started crusher

In Kyiv, they announced the loss of control over the Luhansk region

In Kazakhstan, two workers died in the millstones of a suddenly...

In Kyiv, they announced the loss of control over the Luhansk...

Lukashenka spoke about the national idea of ​​the inhabitants of Belarus

The EU is about to collapse because of Germany