Home News In Krasnoyarsk, a video was shot with a traffic police inspector in... 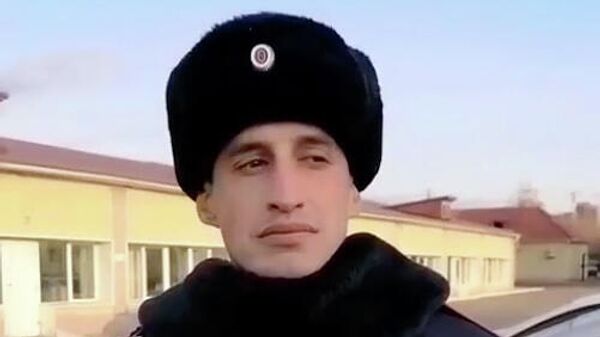 MOSCOW, October 22 – Traffic police officers from Krasnoyarsk filmed a video based on the popular South Korean TV series “Squid Game”, where they played up the plot of the first episode with violations of traffic rules at a pedestrian crossing.
In the video, which is posted on the official pages of the department in social networks, pedestrians are walking along the zebra crossing to the music from the series “The quieter you go, the further you will be” when the green light timer at the traffic lights expires. A red light turns on, and the traffic inspector, imitating a killer doll, turns his head 180 degrees, noticing a violation. In the next shot, he sits in a car and writes out a fine.
“The traffic police warns – no games on the roadway! Even in” Red light – green light “! Especially in” Red light – green light “! The inspector sees everything,” says the description of the video.
According to the plot of the first series of “Squid Games”, participants in a deadly game must move to the finish line only when the killer doll sings with its back to the players. Then she says “Hush you go, you will continue. One, two” and turns around. Players must freeze, and those who continue to move or move are shot.
Squid Games premiered on Netflix on September 17th. According to the plot, the characters of the series, many of whom are experiencing financial difficulties, are fighting for a big cash prize, participating in survival games. The Squid Game retains its # 1 spot on Netflix’s most watched TV show since it was ranked back on September 23rd.