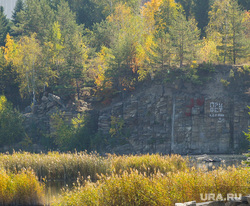 In the Kartalinsky district (Chelyabinsk region), the driver of a Renault Duster drove into a quarry under unknown circumstances and died. According to URA.RU, the deceased was 52 years old.

“The accident happened on October 5 at 20:15 Ural time. The scene of the incident is a quarry 12 kilometers from the village of Yeleninka, ”a source in the law enforcement agencies of the Kartalinsky district revealed the details to URA.RU.

The car Renault Duster slid down the cliff of the quarry and overturned. Investigators are investigating the circumstances of the death. It was not possible to get an operational comment from the press service of the traffic police in the Chelyabinsk region.