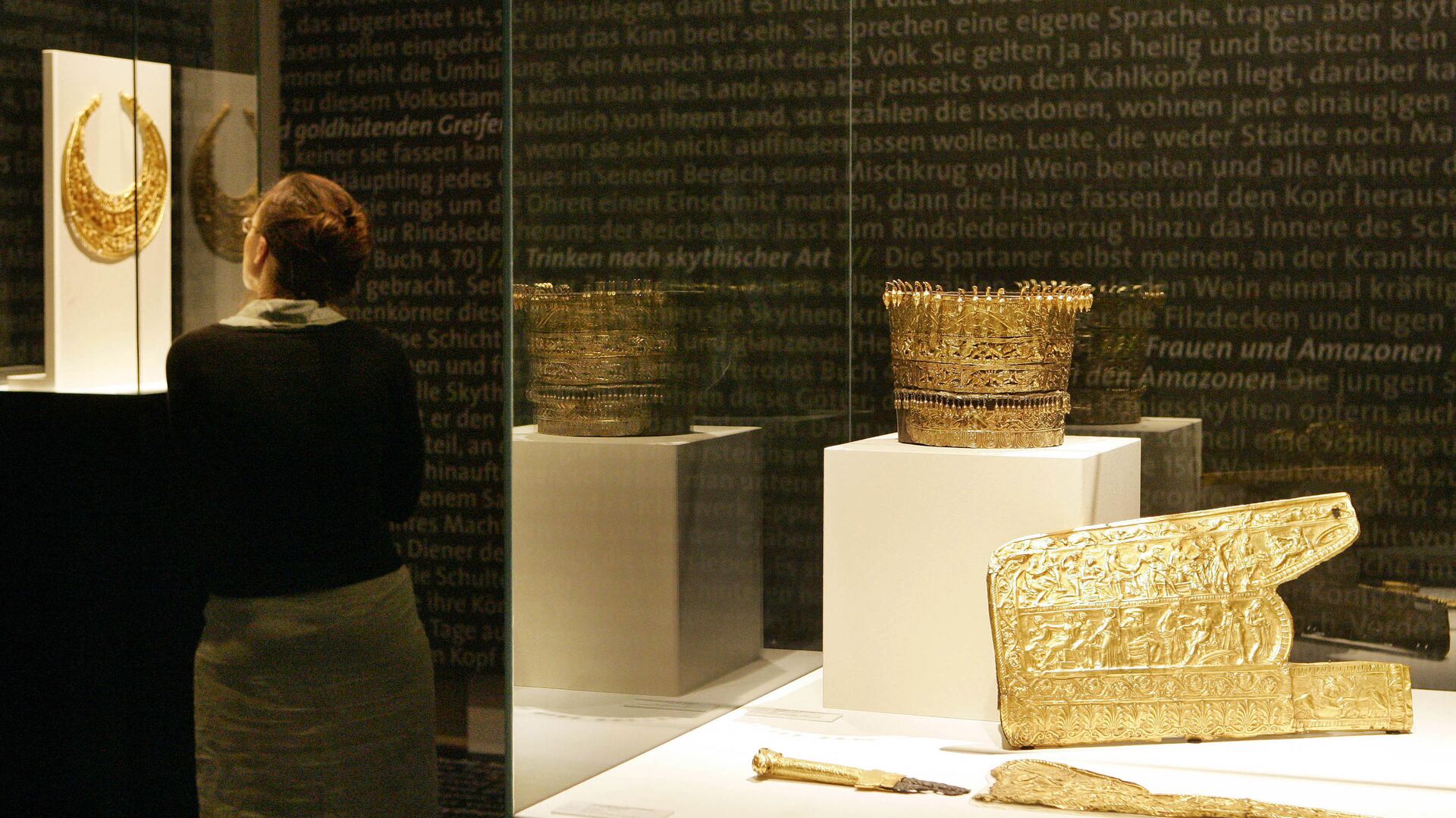 SIMFEROPOL, 27 October – Oleg Kryuchkov, adviser to the head of Crimea on information policy, suggested installing in the Crimean museums, which were deprived of the collection of Scythian gold by a court decision in the Netherlands, tablets: “Stolen by Ukraine in Amsterdam.”
The Amsterdam Court of Appeal on Tuesday ruled that the Scythian gold should be transferred to Ukraine. In this case, the decision can be appealed to the Supreme Court of the Netherlands. A collection of Scythian gold from four Crimean museums, about 2 thousand artifacts, was taken for an exhibition at the Allard Pearson Museum in Amsterdam in early February 2014, even before Crimea was reunited with Russia.
“The Crimean collection of Scythian gold was actually stolen from the Crimeans. Therefore, it is logical to put a plate in the museums of Kerch, Simferopol or Bakhchisarai on every empty showcase where our artifacts could be exhibited:” Stolen by Ukraine in Amsterdam, “Kryuchkov said.
According to him, during the war, the Nazis took out paintings and antiques from Crimea, and now the Ukrainian authorities are following in their footsteps.
“I am sure that cultural values ​​will return to Crimea sooner or later,” Kryuchkov said.