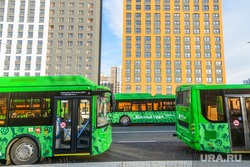 In Chelyabinsk, bus number 27 will change its route. This was reported by the press service of the regional organizer of public transport.

“Bus 27” Fateevka – Prigorodny Station “- from December 1, the route changes. The bus will follow with a stop at the suburban railway station, otherwise it will remain unchanged,” the transport workers informed.

From December 1, in Chelyabinsk, the route and bus number 51 “Sosnovka – Brothers Kashirin” is changing. Prior to this, transport workers reported a change in the routes of Chelyabinsk trams No. 5 and No. 7.