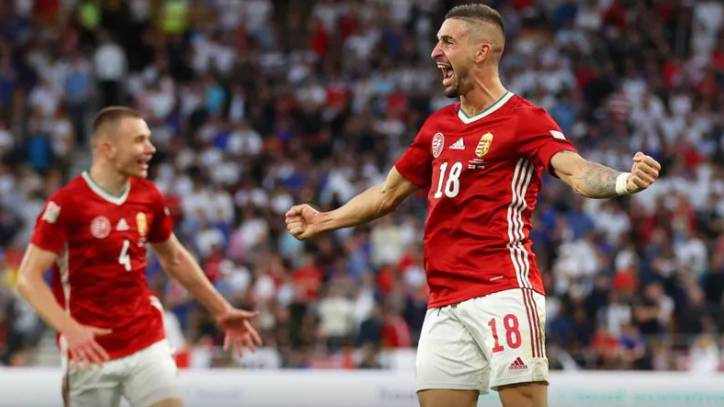 The Hungarian national football team topped the Nations League group after the defeat of England. And in another match with a large score of the reigning European champions, the Italian team was bypassed by Germany.

Four unanswered goals were scored by the Hungarians against the British in the match 3 of the elite division. Their meeting took place on Tuesday in Wolverhampton. A brace was scored by Roland Schallai (16th and 70th minutes), Zsolt Nagy (80) and Daniel Gazdag (89) scored one goal each. After the removal of John Stones (82) from the field, the hosts ended the game in the minority. Thus, the Hungarian team scored 7 points, beat the English twice in the tournament and took the leading position in the group table.

At this time, Germany defeated the Italian team with a score of 5: 2 in Mönchengladbach. There, Timo Werner (68, 69) scored a double, Joshua Kimmich (10), Ilkay Gundogan (45) and Thomas Muller (51) scored a goal against the opponent. The Italians have 2 balls owned by Wilfred Nyonto (78) and Alessandro Bastoni (90+4). German footballers are second (6 points) after the Hungarians, Italy is lower in the standings (5 points). Representatives of the kingdom have 2 points in the last line. The next time the opponents will take the field in September.

The Cabinet of Ministers proposed to weaken the state regulation of...

The Russian Embassy demanded that the Bulgarian Foreign Ministry cancel the...

Belarusian authorities have canceled the visa regime for Polish citizens from...