Home News How will the transfer of NATO forces to the East end?

The speech by US Permanent Representative to NATO Julianne Smith, accusing Russia of allegedly violating the founding act signed in 1997, became the rationale for expanding the alliance’s forces in Central and Eastern Europe. On Thursday, NATO Secretary General Jens Stoltenberg spoke about the transition to a new model for deploying alliance forces near the borders with Russia. The document is planned to be approved at the end of June in Madrid. The United States is preparing for Russia a reinforcement of the rapid reaction corps, which will be supplemented by 30 motorized infantry battalions, 30 aviation squadrons and 30 warships, ready for use within 30 days. That is why in 2018 the program developed by the Pentagon was called Four Thirties (“Four 30”).

We are talking about the use of elements such as the land component of the block. “We have already increased our presence, doubling the battle groupings on the eastern flank from four to eight in recent months. Which will help strengthen the battle groups, including with command capabilities necessary for the rapid organization of reinforcements,” — the secretary general said following a meeting in Brussels of the heads of the defense ministries of the countries of the alliance.

In fact, the North Atlantic Alliance actually refuses to implement the Russia-NATO Founding Act. US Ambassador to NATO Julianne Smith said that it makes no sense now to comply with the provisions of the document. 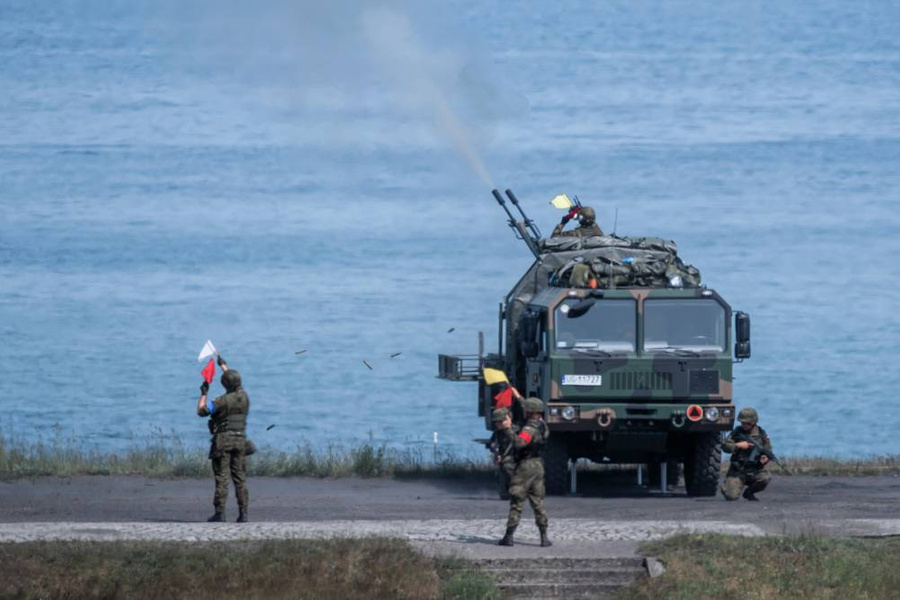 The Russia-NATO Founding Act was signed in 1997. According to the document, the Russian Federation and NATO did not consider each other as adversaries. The parties also undertake to create a peaceful and undivided Europe. The principles of engagement say: “Refusal to use force or threat of force against each other or against any other state, its sovereignty, territorial integrity or political independence in any manner contrary to the Charter of the United Nations and contained in the Helsinki Final Act of the Declaration of Principles.”

It is likely that this point served as the basis for Mrs. Smith’s statements. It means, of course, Ukraine. The only thing is that NATO violated the act much earlier. On March 24, 1999, the alliance launched Operation Allied Force. Yugoslavia was bombed. Military operations in the Balkans were not authorized by the UN, which is a direct violation of both the UN Charter and the Russia-NATO Founding Act.

— Russia did nothing. They themselves long ago withdrew from all agreements, including those on cooperation between Russia and NATO. Our representations do not work, there is no diplomatic contact. There have been several waves of NATO expansion to the East, it turns out that Washington was the first to violate the fundamental documents that were signed on the indivisibility of security. This principle was fixed in the declarations. He assumes that the security of some cannot be ensured at the expense of others. The deployment of additional forces in Eastern Europe creates a lot of tension, and this opens up the possibility for us to deploy various types of weapons, — considers State Duma deputy Oleg Matveychev. 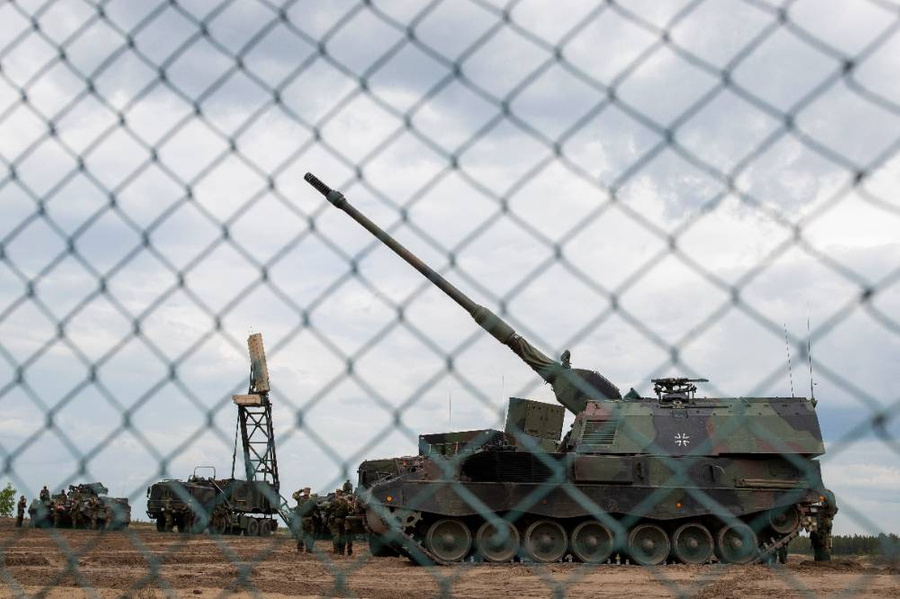 Experts note that NATO can strengthen the Rapid Reaction Forces according to the “4 to 30” formula. This implies the creation of 30 battalions. They will be behind the High Readiness Joint Task Force (VJTF), which was created in 2014 after Crimea became part of Russia. As conceived by the command, this unit should be ready for an armed conflict within five days. At the moment, the VJTF has five thousand soldiers who are in Poland.

The group includes military personnel from Germany, Belgium, Latvia, Lithuania, Luxembourg, the Netherlands, Norway, France and the Czech Republic. They are supported by special operations forces, as well as land, sea and aviation units. Considering that the number of one battalion is three thousand people, about 95 thousand military personnel are being prepared to advance to the borders of Russia. The VJTF is part of the NATO Response Force (NRF).

— Most likely, we are talking about the rapid reaction corps, which they tried to create according to the formula “30-30-30-30”. These are 30 brigades, 30 aviation wings and 30 warships, which should, at the first signal, deploy along the borders of the Russian Federation and operate without help for a month, — noted military expert Alexei Leonkov.

Julianne Smith made it clear that now no one will take into account the points of the agreement when deploying forces in Europe. Things can go as far as nuclear weapons near the western border of Russia, since now NATO’s refusal to deploy such weapons on the territory of new members does not apply. It is worth recalling the desire of Finland and Sweden to join the North Atlantic Alliance. At the same time, tactical nuclear weapons already exist in Europe. It is located on the territory of several countries at once.

The threat of deploying nuclear weapons near the borders of the Russian Federation remains. Now Turkey, Italy, Germany, Belgium and the Netherlands provide their territory for American warheads. Subject to further confrontation, the focus may shift to the East, namely to Poland, Romania and the Baltic states. 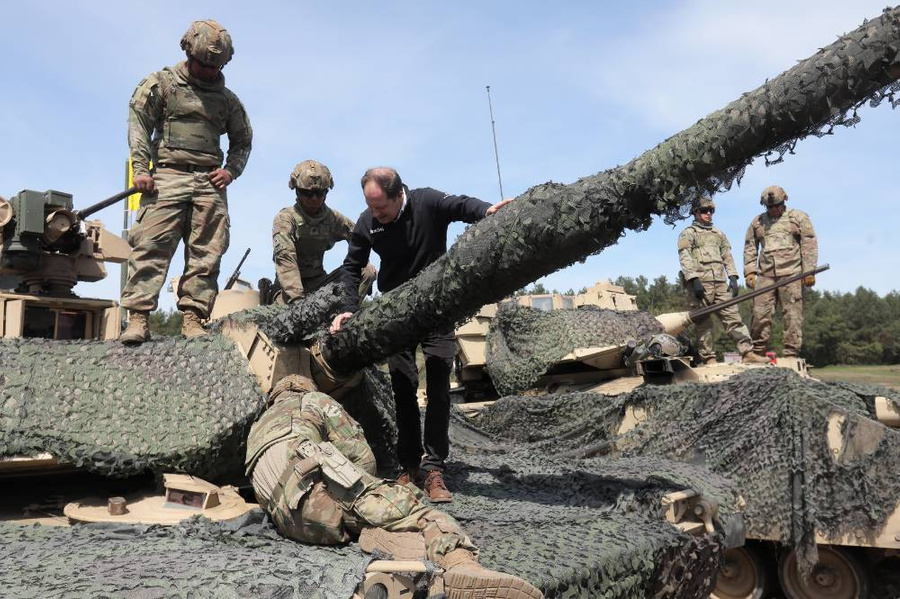 In the event of the appearance of strike nuclear weapons in Eastern Europe, Russia will respond by strengthening its nuclear group. Weapons will be deployed so that you can get to Europe and the United States. At the same time, it will not be located on the western border, since this is the enemy’s first strike zone.

Russia is unlikely to deploy nuclear weapons near its own western borders, since their range allows other options to be used. For example, the RT-2PM2 Topol-M and PC-24 Yars missile systems are capable of hitting a target at a distance of up to 12,000 kilometers. If they are conditionally installed in Penza or Yakutsk, then the power of the installations will be enough to hit Washington. It turns out that you can get to the United States from anywhere in Russia.

— We have such weapons that level any number of American troops on our border. For example, “Iskander” in the Kaliningrad region can carry various warheads for 500 kilometers. They can reach as far as Berlin. Therefore, we are not going to get involved in an arms race, which NATO and the United States provoke us to do, — explained the military observer, retired colonel Viktor Litovkin.

He recalled that the Minister of Defense of the Russian Federation Sergei Shoigu announced the deployment of 12 new units and subunits in the North-West. This will be done in response to the accession of Finland and Sweden to NATO. At the same time, the military infrastructure in these countries will be targeted by Russian weapons.

As a result, we will get a new NATO grouping at our borders, which will become a target for the Russian Army. The special operation in Ukraine has shown that it is possible to beat, being far from the border. Western countries understand this and do not want to meet Russian missiles, but the situation may change under US pressure. 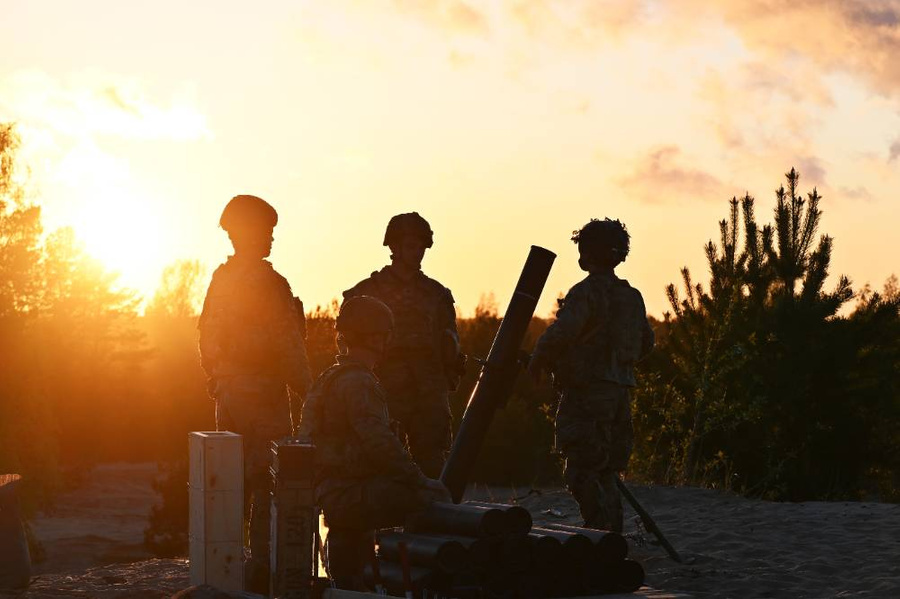 What will Russia do in response to the strengthening of NATO in Eastern Europe?

Amur tiger Jupiter from Russia dies in the US due to...