On the night of June 14, 1938, Commissar of State Security 3rd rank Genrikh Lyushkov arrived at the outpost on the border with Manchukuo. To the surprised commander, he explained that he had arrived to meet with the most important intelligence agent on the other side of the border. Since no one should see this agent, Lyushkov asked not to accompany him. Having crossed the border, the fugitive surrendered to the very first Japanese patrol. He became the highest-ranking Chekist who ever fled the country, and his escape had significant consequences and, in part, even changed the course of history.

Career ladder in the Cheka 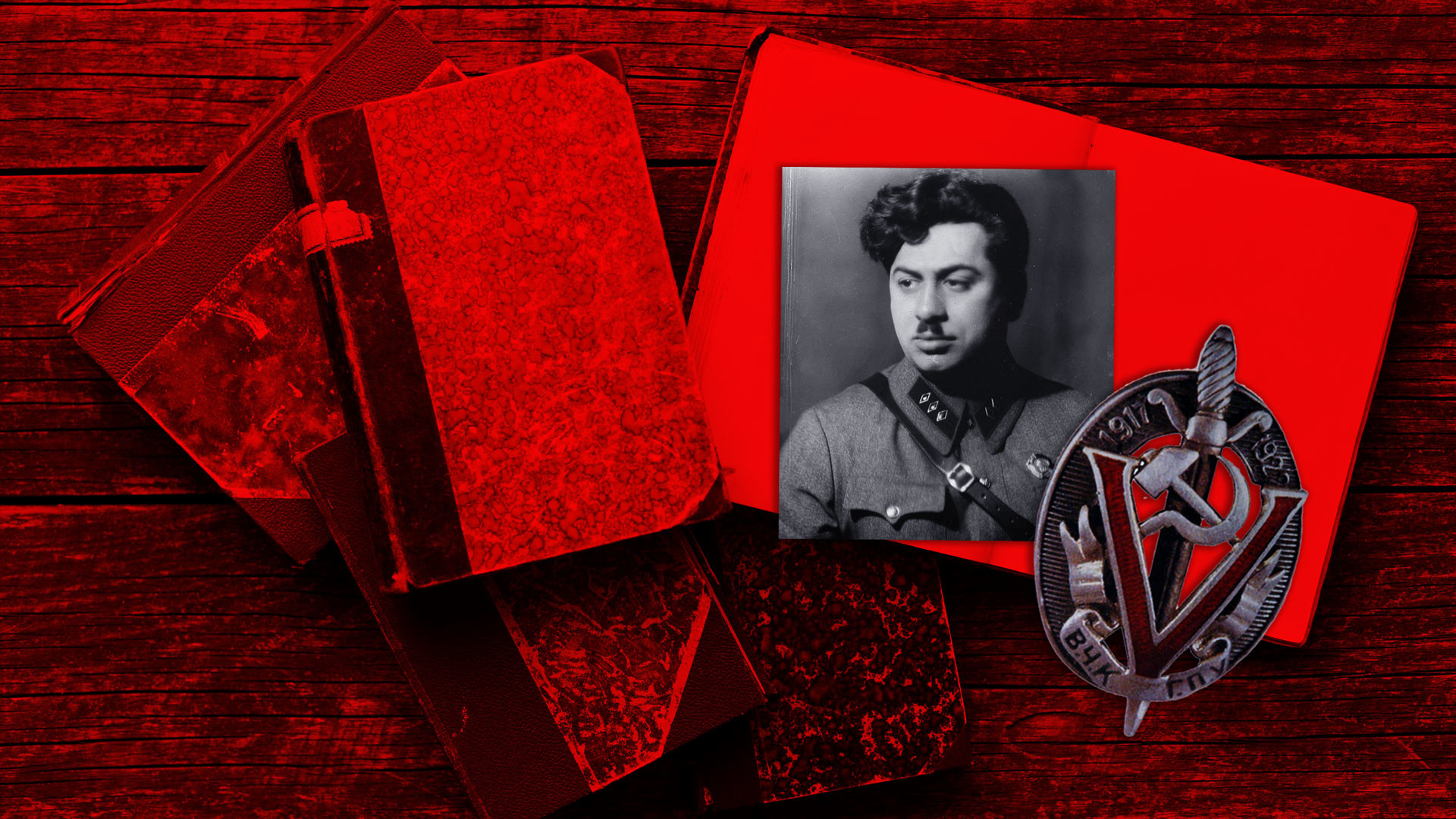 Genrikh Lyushkov was born in Odessa in 1900 in the family of a tailor. He graduated from elementary school and by the beginning of the revolution he worked as an assistant in the office of automotive accessories. In the summer of 1917, he joined the Bolshevik Party under the influence of his older brother. During the Civil War, he was a political worker in various parts of the Red Army, and then made a rapid career in the Cheka (All-Russian Extraordinary Commission for Combating Counter-Revolution and Sabotage under the Council of People’s Commissars of the RSFSR).

In just 10 years, he made his way from the deputy head of the political department in the Tiraspol district Cheka to the deputy head of the secret political department of the OGPU. In many sources, one can find the assertion that Lyushkov was the favorite of Heinrich Yagoda (in the early 30s – the first deputy head of the OGPU Menzhinsky), who provided him with patronage, but this is not entirely true. Lyushkov made a career in the Ukrainian SSR. In fact, he owed his first promotion to Vsevolod Balitsky. For many years, he was the most powerful security official in Ukraine, headed the local GPU and at the same time served as People’s Commissar of Internal Affairs of the republic.

It was Balitsky who looked after the “modest and good worker” Lyushkov in Proskurov and took him to the republican apparatus. And from there Yagoda called him to Moscow.

In Moscow, he was made an assistant to the head of the secret political department of the OGPU. This department was considered the most important, since it was engaged in the fight against political opponents within the country and monitoring the protest moods of the population.

Lyushkov won the favor of Yagoda and in the 1930s participated in the investigation of almost all high-profile political cases, starting from the murder of Kirov. His work was marked by the assignment of the title of Commissar of State Security of the 3rd rank. This rank was equal to the army commander, and after the restoration of pre-revolutionary ranks – to lieutenant general. 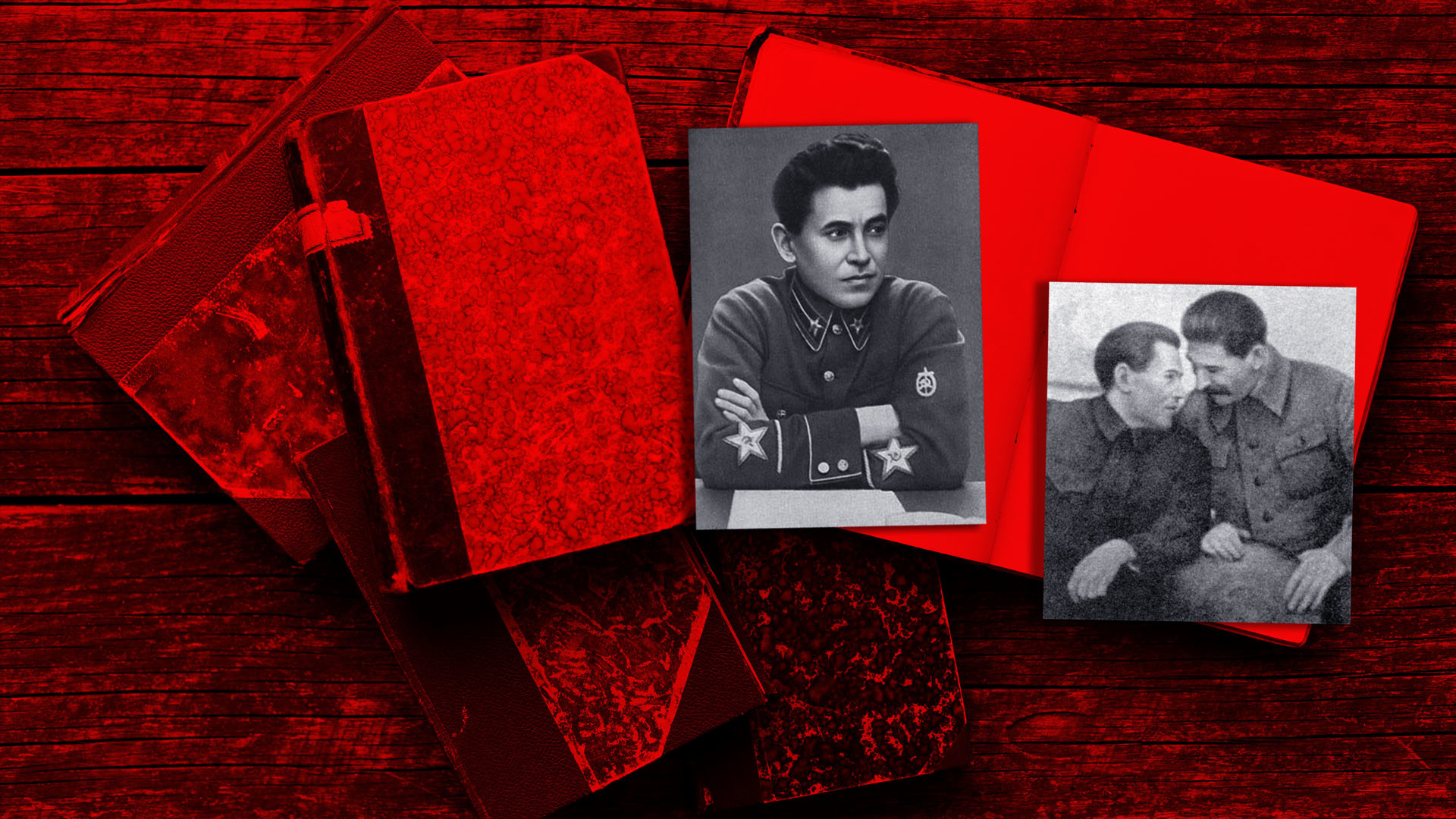 After the trial of Zinoviev and Kamenev, Yagoda fell into disgrace. Power in the NKVD began to intercept the former party personnel officer Yezhov, who soon dealt with Yagoda. As a person who advanced under the former boss, Lyushkov could worry about his future fate. But he was lucky. Yezhov came to the authorities from outside and needed executive workers who would agree to purge personnel (including KGB officers) in the field. Lyushkov was transferred to lead the NKVD of the Azov-Chernomorsky Territory, where he dealt with a group of prominent party workers and NKVD employees and thereby earned the favor of the new boss.

In the summer of 1937, Lyushkov was transferred to the other side of the country – to lead the Far Eastern Directorate of the NKVD. It wasn’t a link, it was a promotion. The Far East was considered a special region: since the beginning of the 30s, skirmishes have been taking place on the borders and it was expected that the next war could begin there. Therefore, the entire vast region had the status of a border region, where special rules were in effect. Close attention was paid to him, it is no coincidence that Stalin personally instructed Lyushkov before leaving.

In the Far East, Lyushkov zealously set to work. He deported all the Koreans living there, authorized the mass arrests of local residents and arranged a cleansing of the regional administration of the NKVD from the henchmen of his predecessor.

The flywheel of repression continued to spin in the country. Some groups purged others. Lyushkov remained invulnerable for a long time, although almost all of his colleagues and patrons, including Balitsky and Yagoda, had already been arrested. But Yezhov valued Lyushkov as an employee, and besides, the head of the NKVD Secretariat, Yakov Deutsch, whom Yezhov especially trusted, was on friendly terms with him. But Lyushkov did not have a relationship with Marshal Blucher, who had serious weight in the region, as well as with the right hand of Yezhov Frinovsky.

In January 1938, Lyushkov, as a deputy of the Supreme Soviet, visited Moscow and for the first time noticed that he was being followed. Frinovsky, of course, assured him that everything was in order, but he did not believe it and began to prepare an escape plan.

In April 1938, Moses Kagan, Lyushkov’s old comrade-in-arms, who had been his deputy in various posts for a long time, was arrested. He was summoned to Moscow and arrested there. A month later, Lyushkov was removed from his post as head of the department and summoned to Moscow in connection with the reorganization, which he regarded as an intention to arrest him in the capital. 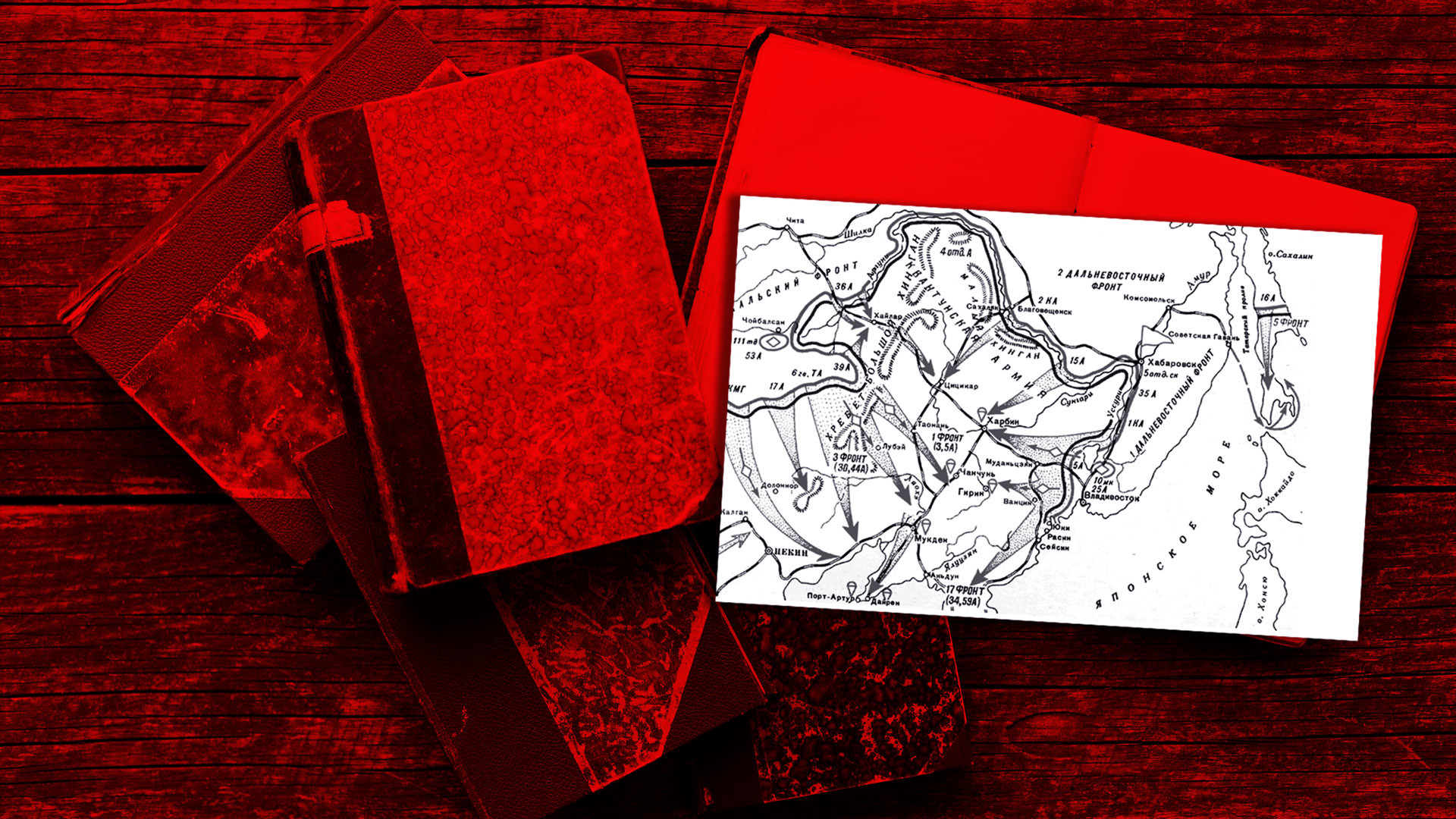 By this time he was ready to run. On June 9, Lyushkov, in the NKVD field uniform with all the awards and documents, arrived in Ussuriysk to inspect the border detachments of the NKVD. From there he went to the village of Slavyanka – ostensibly to check the local border detachment. Lyushkov knew perfectly well in which areas there were special “operational windows”, and he chose just such a one for his escape. He told the border guards that he had an appointment on the other side of the border with a Soviet agent and he would go to it alone.

On the night of June 14, Lyushkov crossed the border with Manchukuo (a puppet Japanese state) and never returned. In the morning, the border guards raised the alarm, but the fugitive was already far away. He surrendered to the very first patrol, presenting a certificate of a deputy of the Supreme Council and an official certificate of an NKVD officer. By plane, he was immediately taken to the army headquarters in Hunchun.

“I only betrayed Stalin” 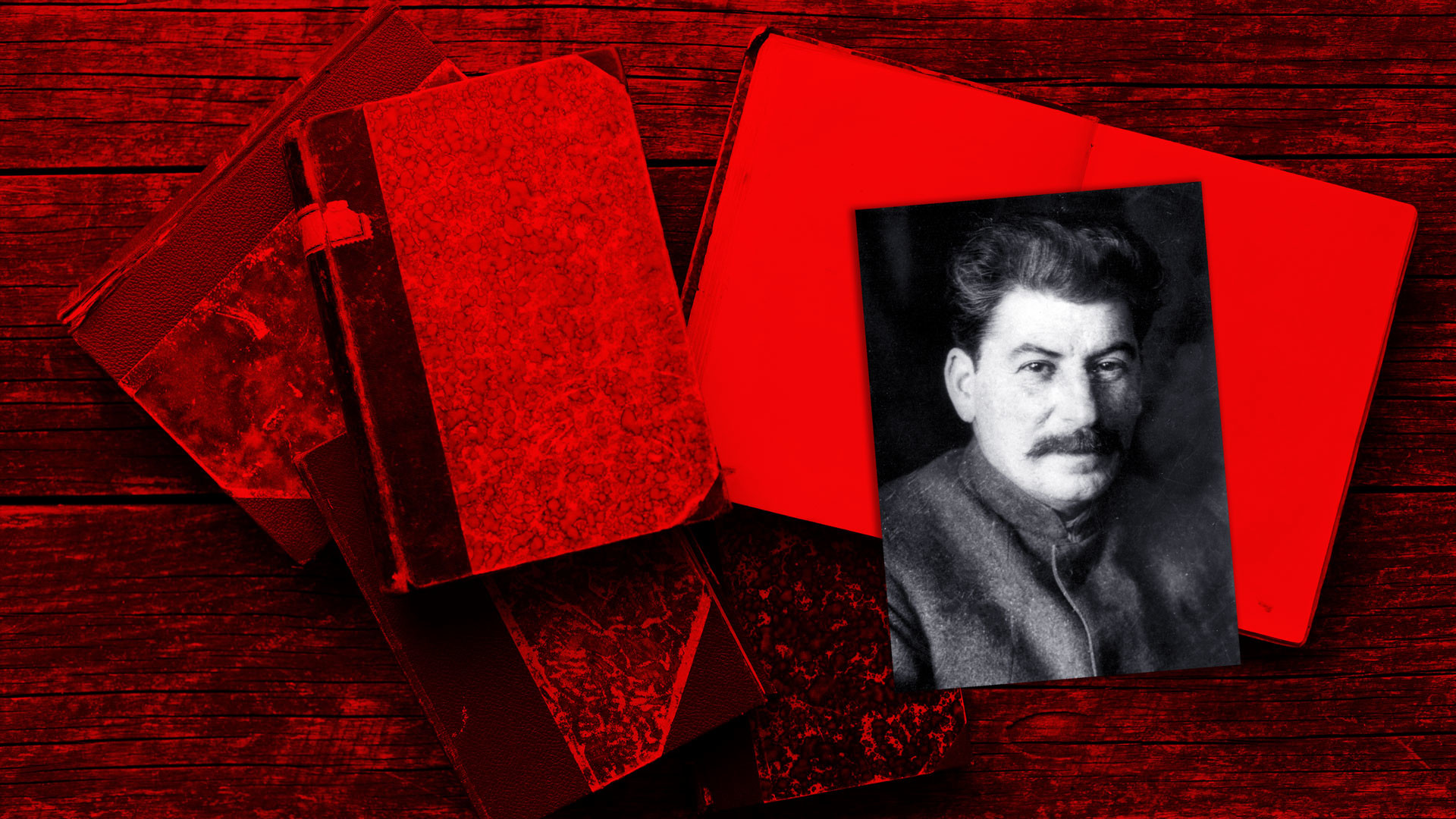 At the first interrogation, Lyushkov demanded 500,000 yen for top-secret information and further travel to any country. But he inadvertently let slip that he fled the USSR out of fear for his life in connection with the purges. Therefore, it was enough for the Japanese to threaten to deport him for him to start talking.

During his work in the Far East, he managed to get acquainted with military issues in detail and informed the Japanese about the location of Soviet radio interception towers, the deployment of all military units and their numbers, the location of defensive structures and details about the intelligence activities of special services.

Soon after the escape, Lyushkov, in the presence of a large number of journalists, gave a press conference at which he explained his motives for escaping and spoke about the repressions taking place in the USSR. He also said that Zinoviev and Kamenev were not involved in the murder of Kirov, that the killer was a loner who wanted to become famous and go down in history (70 years later, the diary of Kirov’s killer was declassified and confirmed Lyushkov’s words). When one of the journalists asked if he considered himself a traitor, Lyushkov replied: “I am a traitor, but I only betrayed Stalin.” 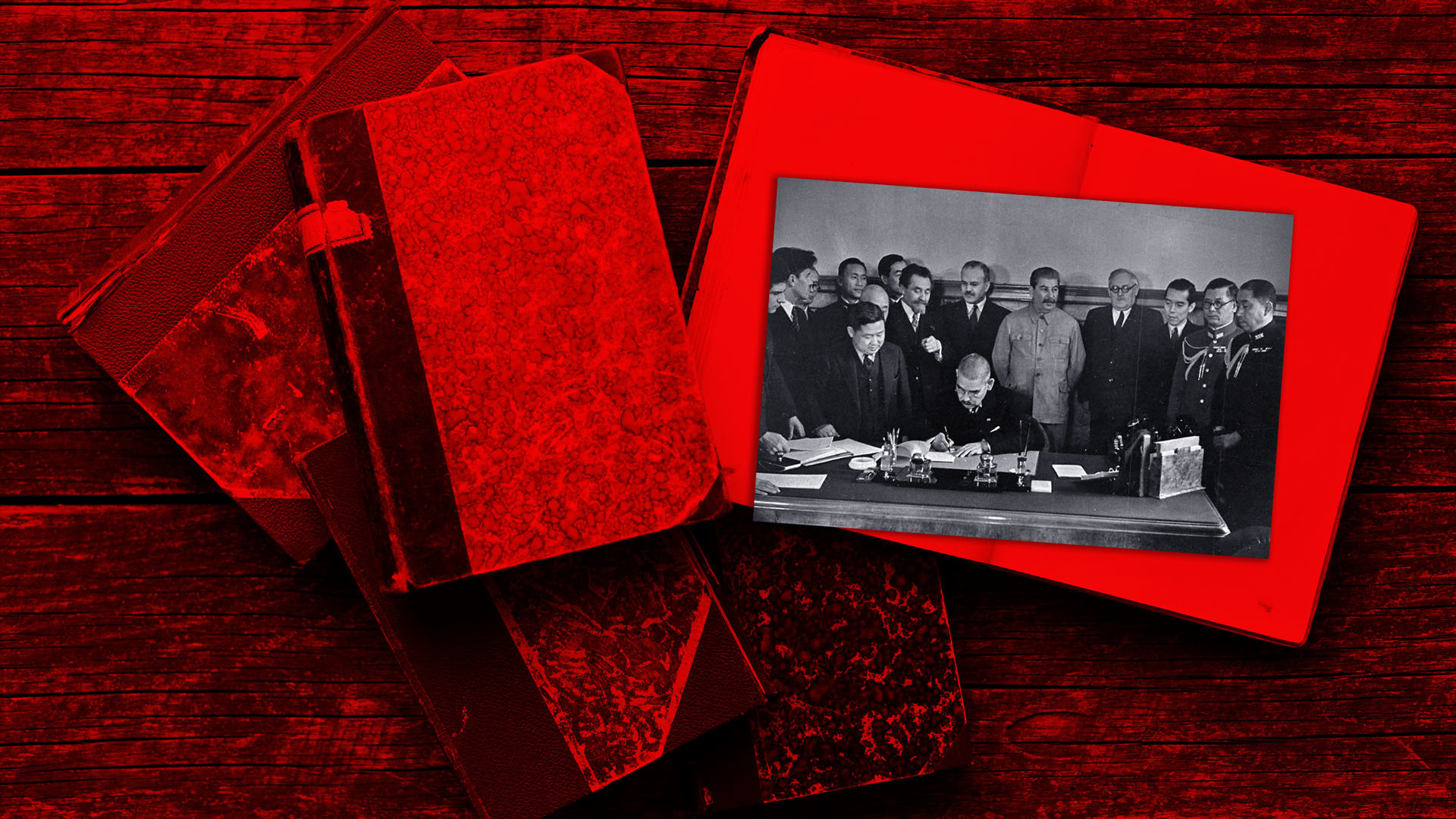 Paradoxically, Lyushkov’s escape went rather for the good of the Soviet side. On the one hand, the issuance of data caused some damage to both the army and intelligence, which lost some of the agents in Manchuria, but, on the other, the overwhelming military advantage of the Soviet side was revealed.

The Japanese were stunned by the information received from Lyushkov. It turned out that they were developing their operational plans based on greatly underestimated figures. The USSR could deploy 28 divisions in the Far East, and in the event of mobilization – up to 50, while the Japanese – only 9. The Soviet superiority in tanks, aircraft and artillery was also overwhelming.

In Japan at that time, two parties competed among the military. The first advocated land expansion deep into the continent (including the USSR). The second is for expansion into Southeast Asia. After the “reconnaissance in force” (battles on Lake Khasan and the Khalkhingol conflict), information about the high combat readiness of the Soviet army was confirmed. This led to the revision of plans.

The Japanese decided to focus on the Asian direction and in April 1941 signed a non-aggression pact with the USSR, which was very beneficial for the Soviet side and saved it from the need to wage a war on two fronts. Despite the pressure of the German allies, the Japanese refused to attack the USSR.

The escape of Lyushkov led to the imminent fall of Yezhov and new cleansings in the NKVD. The fugitive himself was initially used by the Japanese in propaganda, and later advised the army and special services on the work of Soviet intelligence. He was given bodyguards and an interpreter, and was given documents in a new name. He was never able to go to another country, as he originally wanted.

The fate of a traitor 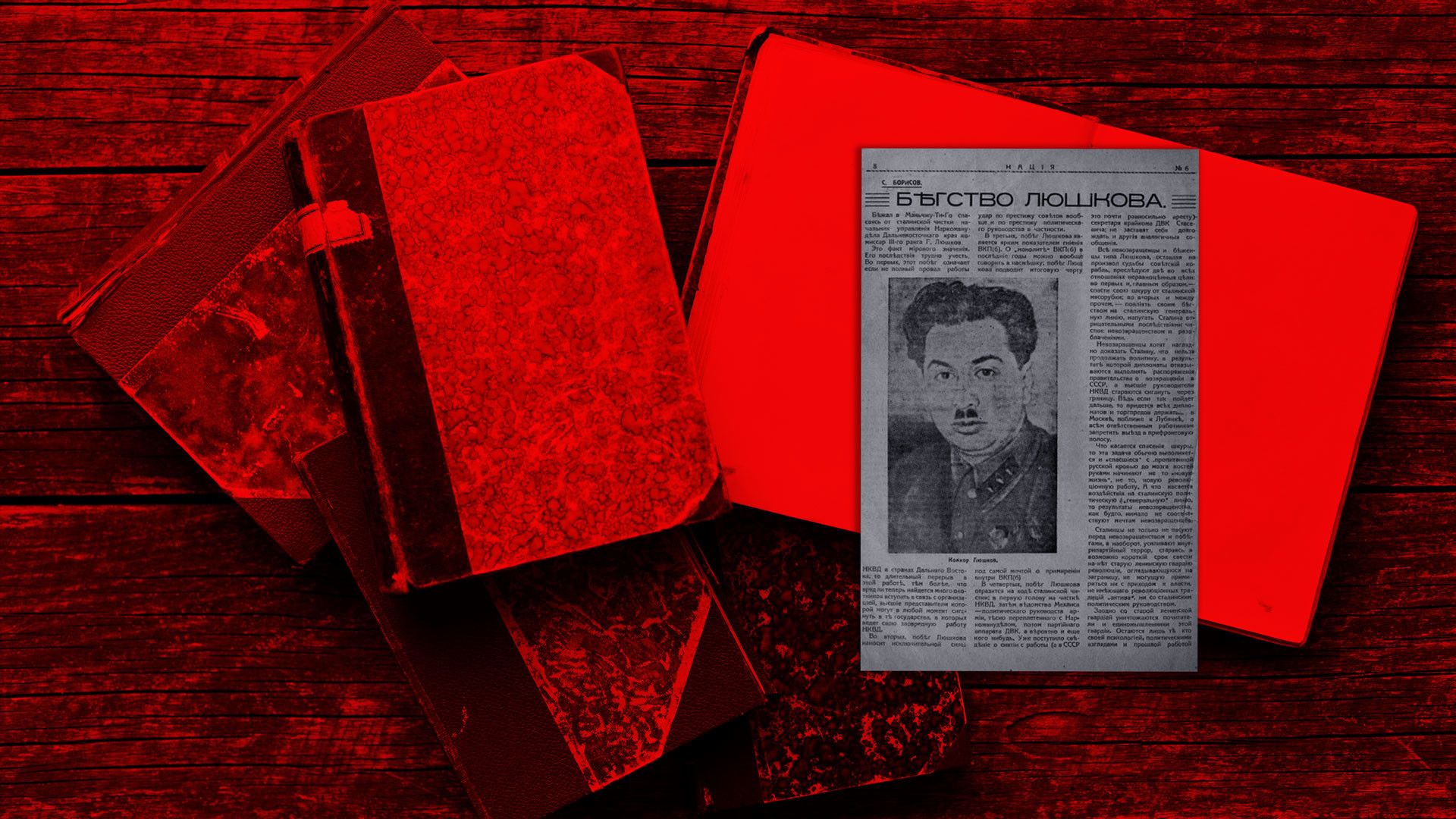 In August 1945, after the USSR entered the war against Japan, Lyushkov became an unwanted witness, because he knew a lot about the Japanese special services. The Japanese decided to get rid of him. Initially, they were going to poison him during a tea party, but the cautious Lyushkov did not drink the poison. Then he was hinted at suicide, but he refused and demanded that he be allowed to leave the country. Lyushkov was offered to proceed to the port to the ship that would take him to China. As he was leaving the building, a Japanese officer shot him dead.

After the Soviet troops occupied Manchuria, an active search was carried out for the fugitive. They were stopped only after reliable evidence of his death was found. 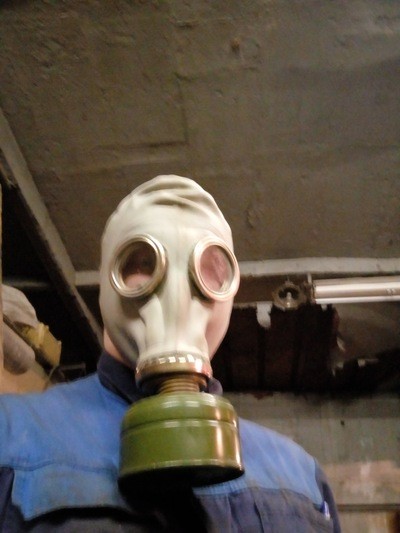 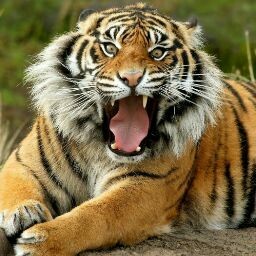 7 Sure Ways to Avoid Awkward Silence and Learn to Communicate...