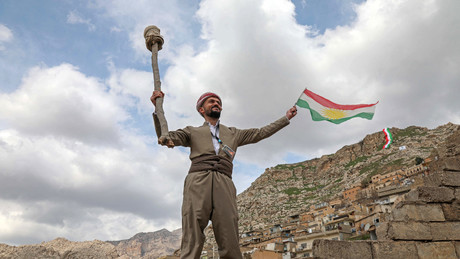 Irrespective of the fact that Kurdish gas is currently not even sufficient for their own demand and that of Iraq as a whole, Iraqi Kurds are deeply divided over the question of gas production. Two clan-structured parties dominate politics in Kurdistan: the Barzani clan’s Turkey-backed Kurdistan Democratic Party (KDP) and the Talabani clan’s Iran-affiliated Kurdistan Patriotic Union (PUK). The PUK effectively controls the east of Kurdish areas, where the most important gas fields are located.

Last year, the KDP-led Kurdish government signed a deal with domestic energy company KAR Group to expand a gas pipeline from the fields to the regional capital of Erbil and the northern city of Dohuk near the Turkish border. However, there have been reports recently that PUK authorities have denied the KAR Group access to their gas exploration property. PUK President Bafel Talabani complained that the KDP had excluded his party from the talks and that there was no bidding process or transparency on how KAR secured the pipeline construction contract.

Talabani even went so far as to threaten that this pipeline would be built “over my dead body.” It should be noted that the energy company KAR Group is owned by Baz Karim Barzani, a Kurdish energy businessman. Barzani, in turn, maintains good relations with the Barzani leadership. The gas impasse could undermine stability in northern Iraq, where both ruling families have their own security forces.

At the geopolitical level, foreign interests play a role in the wake of the Ukraine crisis. Given the rise in oil prices, the West is already looking for alternative sources to implement an oil embargo against Russia and curb rising oil prices on the market. At a recent energy conference in the United Arab Emirates, Barzani said that the Kurdistan Region would become an exporter of gas to the rest of Iraq, Turkey and Europe in the near future.

Since Russia’s military operation in Ukraine, Turkey has aimed to turn its country into a hub for exports to Europe to offset its weakened positions. While Turkey is currently trying to become a market for Israeli gas, Ankara is also flirting with the option of supplying gas from Kurdish areas to Turkey in order to deliver it further towards Europe. At this point, however, the geopolitical interests of Iran and Turkey intersect.

Tehran apparently does not tolerate gas production by the autonomous Kurdish government in Iraq. The gas export plan could, among other things, threaten Iran’s place as an important gas supplier for Iraq. Tehran is even prepared to use force to avert a possible agreement between Kurds and the West on the gas issue.

Iran fired 12 rockets at a villa in Erbil in March. Reuters reported at the time that secret talks between US and Israeli officials over possible natural gas shipments from northern Iraq to Europe prompted Tehran to launch the attack as a deterrent. This villa is said to have belonged to oil entrepreneur and Kurdish oligarch Barzani.

The political landscape of the autonomous region in northern Iraq is characterized by mismanagement in the oil sector and a lack of transparency. While the Kurdish leadership around Barzani is sucking into Western plans to “weaken Russia,” Kurdistan doesn’t even have enough gas to meet its own needs, with power outages a daily phenomenon in northern Iraq. Of the 13 power plants in Kurdistan, five are operated with gas, and due to bottlenecks, these are only used to about 50 to 70 percent.

more on the subject – Global struggle for energy resources: How does the Ukraine war affect the Middle East?

Goal for Dynamo and the arrest of a drug addicted basketball...