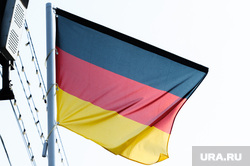 An energy shortage this winter could push the German government into a compromise with Russia. This is reported by the British edition of Express.

Germany may be forced to make compromises as it runs out of gas for energy and home heating. It is noted that the talks about this came after the German gas regulator, which is responsible for rationing supplies in the event of a crisis, said that household consumption in the economic center of Europe is too high.

The situation is exacerbated by a possible cold winter. Already last week, an increase in gas consumption in German households by 14.5% was recorded compared to the average for the past four years.

German Chancellor Olaf Scholz said that Germany must cope without Russian gas this winter. It was also reported that in Germany they will begin to turn off the water in gyms due to a shortage of gas. The United States and Western countries began to impose sanctions against the Russian Federation after the start of a special operation in Ukraine. Due to the fact that the supply of Russian gas to Europe is limited, they are faced with a serious energy crisis.