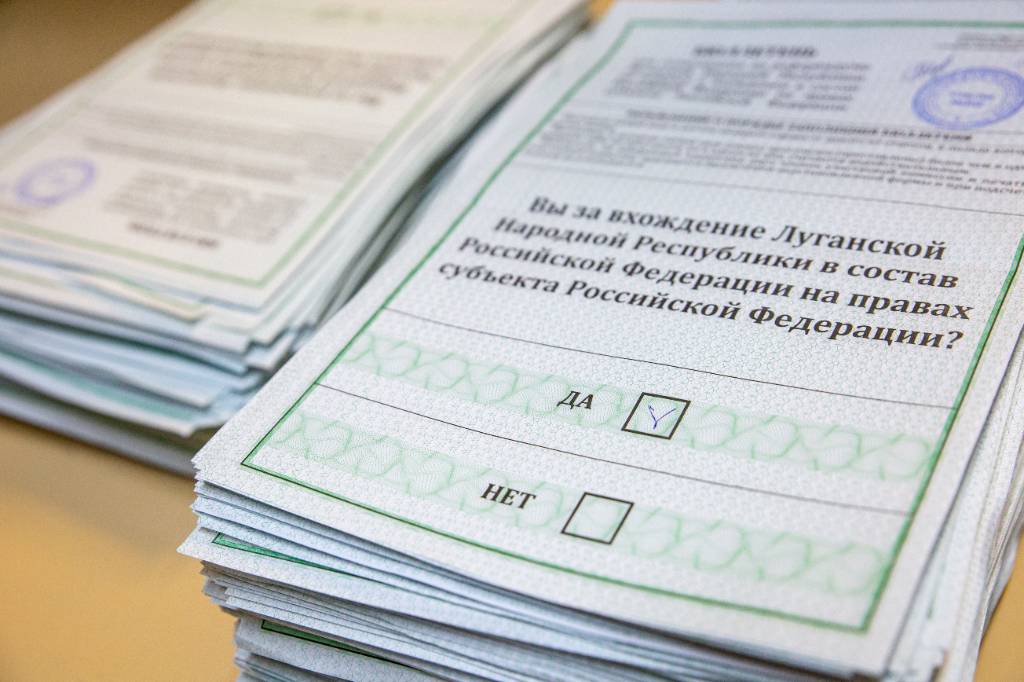 At the referendum in the Lugansk People’s Republic, 100% of the ballots were processed. According to the chairman of the CEC of the LPR, Elena Kravchenko, 98.42% of the inhabitants voted for joining Russia.

“100% of the protocols of precinct commissions were processed, according to the results of which 98.42% voted for the republic’s entry into the Russian Federation”— quotes Kravchenko RIA Novosti.

In turn, the head of the CEC of the Donetsk People’s Republic Vladimir Vysotsky declaredthat according to the results of processing 56.85% of the protocols, 94.75% of the inhabitants of the republic voted for the entry of the DPR into the Russian Federation.