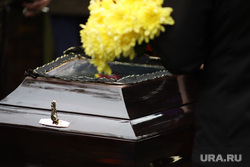 Died Russian scientist Valery Mitko, who was accused of treason. This was reported in the human rights project “The First Department”.

“Today, at the age of 81, our client Valery Mitko died. The professor was increasingly called an ambulance, sent to the hospital – from where for the last time, a few days ago, she was returned on a stretcher. He was unable to walk or sit, let alone take care of his wife, a bedridden patient,” the First Department’s telegram channel reported. It is reported that Mitko was one of the leading specialists in hydroacoustics in the Russian Federation and the president of the Arctic Academy of Sciences.

Petersburg scientist was detained in 2020 on suspicion of treason, he was sentenced to house arrest. Investigators accused him of passing confidential information during a trip to China. Mitko denied his guilt.