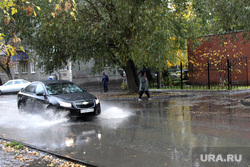 In Noyabrsk, the driver of a foreign car knocked down a girl, the details of the accident became known. This was reported in the Ministry of Internal Affairs of Russia in the city of Noyabrsk.

“Previously, the accident happened at 17:45, on Magistralnaya Street. The girl was riding a bicycle in the courtyard of residential buildings, where she was hit by a driver of a foreign car. According to preliminary data, the driver was sober. The girl was not injured,” the Ministry of Internal Affairs reported.

Earlier URA.RU reported that in Salekhard (YaNAO) a truck crane driver knocked down a woman near a pedestrian crossing. The victim was taken to the district hospital with injuries.