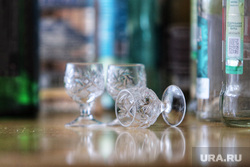 Tyumen businessmen refuse to work with bootleggers from Kazakhstan, who have begun to aggressively promote alcoholic products produced in the republic in the region. One of the merchants told URA.RU about this. According to him, against this background, conflicts have already begun to arise between entrepreneurs.

“After large foreign companies producing alcohol decided to leave the Russian market due to sanctions, suppliers from Kazakhstan became more active. They are trying to form partnerships with the owners of small retail outlets. At the same time, negotiations are being conducted very persistently. Sometimes – on the verge of aggression. But Tyumen residents do not want to work with them, because they offer far from the most favorable conditions. On this basis, there were already the first quarrels between them, ”the source of the agency explained on condition of anonymity.

He also added that suppliers from Kazakhstan often offer low-quality alcohol to Tyumen businessmen. “They don’t even hide it. They say that, yes, alcohol is not elite varieties, the quality is so-so, but the cost is from 120 rubles per bottle. Most Tyumen businessmen refuse such proposals. The story of mass poisoning, after which businessmen began to receive real prison sentences, is too fresh in my memory, ”said the Tyumen businessman URA.RU.

A request has been sent to the regional department of Rospotrebnadzor for the Tyumen region. A response is expected. Earlier, URA.RU wrote that against the backdrop of sanctions that the US and EU countries imposed against Russia in response to a special military operation to demilitarize and denazify Ukraine, counterfeit auto parts from China poured into Tyumen.