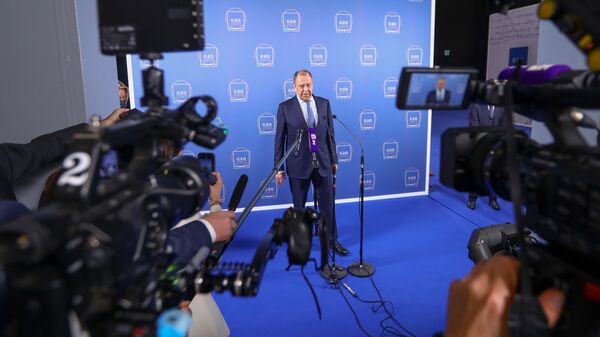 MOSCOW, October 31 – Russian Foreign Minister Sergei Lavrov called the conversation with US President Joe Biden on the sidelines of the G20 in Rome useful, the American leader conveyed his regards to Vladimir Putin, and the organization of contacts between the leaders of Russia and the United States in the foreseeable future was discussed.
Earlier, he told reporters that during a dinner for the leaders of the summit delegations, he had a conversation with the American president.
“Yesterday … we had a short but useful conversation with President Joe Biden. He conveyed greetings to Russian President Vladimir Putin and stressed his focus on further contacts,” Lavrov said.
“We also briefly discussed how it will be possible to build these contacts in the foreseeable future. I have already conveyed this message to President Putin. “Russia 1” , within the framework of the program “Moscow. Kremlin. Putin” by Pavel Zarubin.