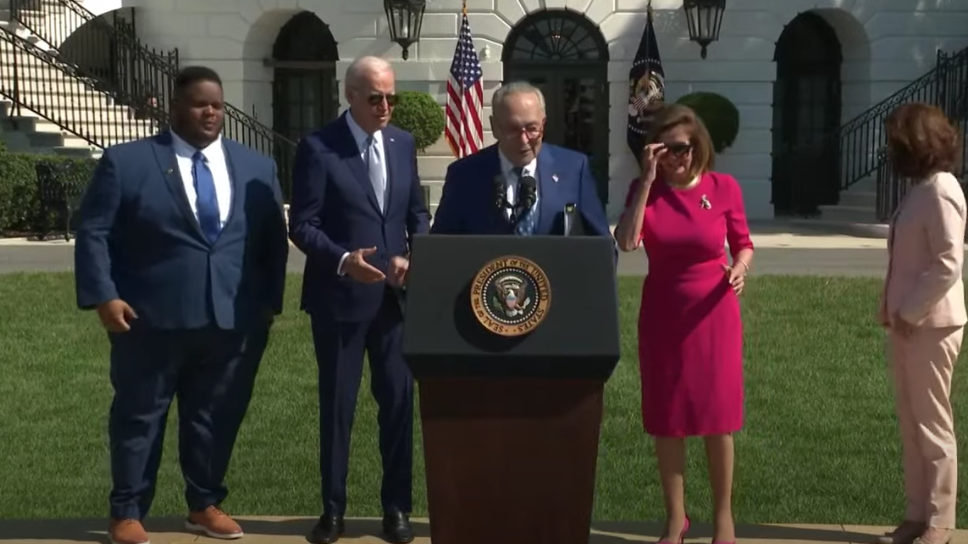 US President Joe Biden once again messed up with a handshake. The American leader held out his hand to an empty place, waiting for someone to shake it. The incident again hit the cameras of journalists, the broadcast was conducted by the TV channel CNBC Television.

It all happened at an event at the White House, where a ceremony was held to sign the law on support for semiconductor manufacturers. After his speech, the leader of the Democratic majority of the upper house of Congress, Chuck Schumer, begins to shake hands with everyone present. Biden is the first. However, after a couple of seconds, the American leader again extended his hand to an unknown person.

After standing like this for some time in thought, the president, apparently, decided to get out of the awkward situation, raised and scratched his chin with a strange smile. However, after a couple of seconds, Biden’s lips quickly crawled down, apparently after realizing the embarrassment that had just occurred.