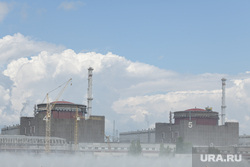 In the area of ​​the storage of radioactive isotopes of the Zaporizhzhya NPP, at least three hits of shells of the Armed Forces of Ukraine were recorded. This was stated by the head of the military-civilian administration of the Zaporozhye region Yevhen Balitsky.

“At least three arrivals were recorded in the area of ​​​​the storage of radioactive isotopes. The station specialists were instructed to move to secure premises, ”Balitsky wrote on Telegram.

According to him, the power line was damaged as a result of the shelling. “Today, the high-voltage line of the Kakhovskaya substation was damaged,” he said. The line was grounded for restoration work.

Earlier, URA.RU reported that Ukrainian military formations fired at the Zaporizhzhya Nuclear Power Plant (ZNPP) and adjacent territories using MLRS and heavy artillery. In addition, Vladimir Rogov, a member of the region’s CAA, reported five “arrivals” in the area of ​​the fire station located near the ZNPP.