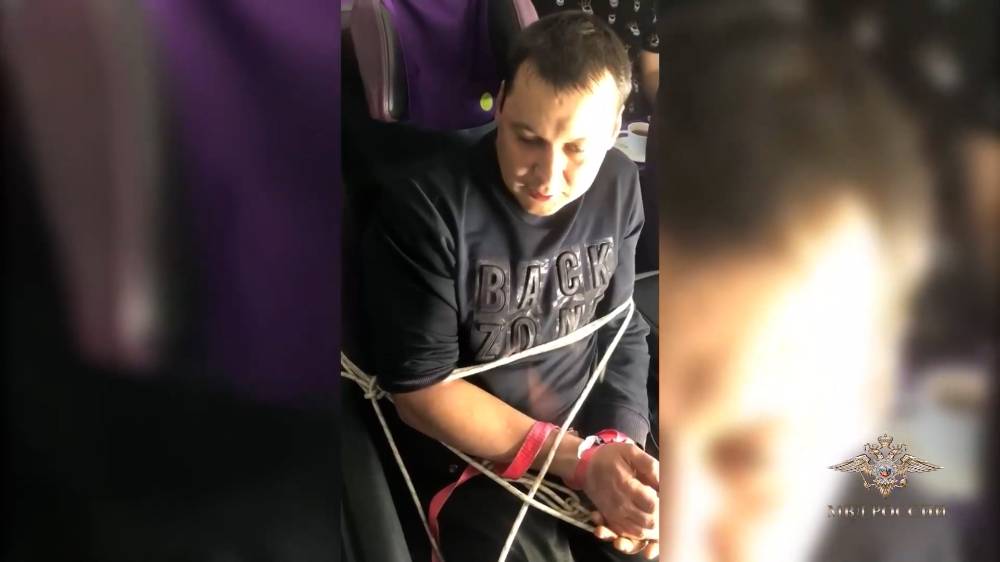 At the Tolmachevo airport, the police detained an inadequate passenger who arrived on a flight from the city of Yuzhno-Sakhalinsk. This was told by the official representative of the Ministry of Internal Affairs of Russia Irina Volk.

“The duty unit of the linear department (LO) of the Ministry of Internal Affairs of Russia at Tolmachevo Airport received a message that the crew of the aircraft arriving from the city of Yuzhno-Sakhalinsk needs police assistance due to the inappropriate behavior of one of the passengers,” — says in a message published in the department’s telegram channel.

Arriving at the scene, the police detained a 30-year-old resident of the Kemerovo region. During the flight, he neglected the order and used profanity against the flight attendants. The brawler ignored comments and requests to stop illegal actions, and therefore the airline employees had to restrict his movement around the cabin.

Upon landing, the police took the violator to the duty unit. An administrative protocol was drawn up against him.