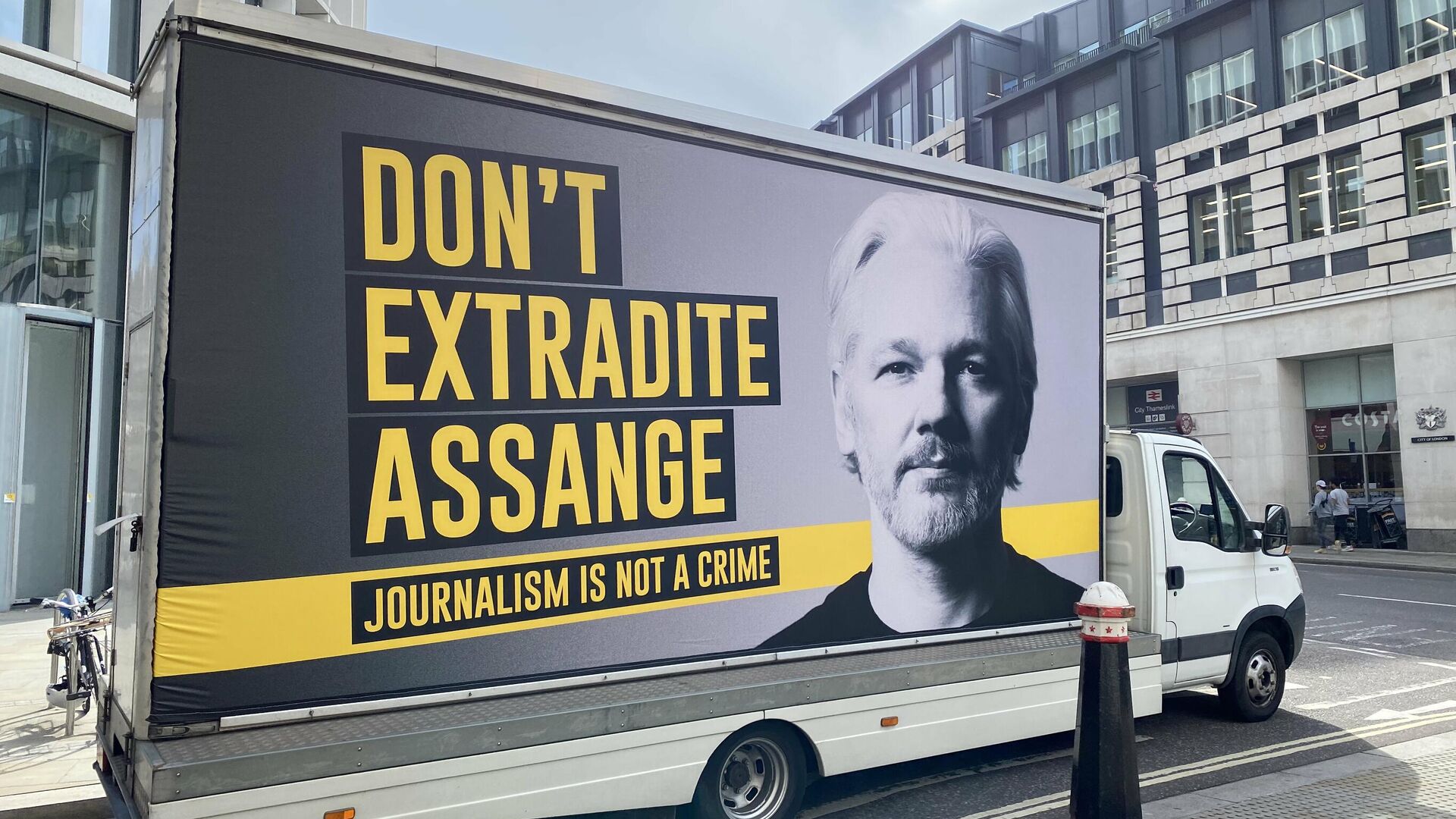 LONDON, 23 Oct – A UK court’s agreement to extradite WikiLeaks founder Julian Assange to the United States following revelations that the CIA was planning to kidnap and kill him in 2017 while hiding in the Ecuadorian embassy in London would be “completely incomprehensible,” Assange’s fiancée Stella Maurice said.
“After exposing that the CIA was plotting to kill Julian at the embassy, ​​it would have been completely incomprehensible that Britain would ever agree to extradition,” she said.
Maurice on Saturday joined hundreds of people who marched from the BBC headquarters in central London to the High Court, where next week the US Justice Department will be hearing an appeal against a previous UK district judge’s decision not to extradite Assange for health reasons.
WikiLeaks editor Kristinn Hrafnsson, who walked alongside Maurice and several British lawmakers at the start of the Do Not Give Assange banner, also hoped that Yahoo’s revelations last month would help High Court judges rule out extradition.
“I hope the court will make the right decision and uphold the district court’s decision that it should not be extradited. This is the only viable solution because it would otherwise have a devastating impact on the future of journalism,” Hrafnsson said.
In early July, the High Court of London allowed an appeal against a British court ruling banning Assange’s extradition to the United States. The London court will hear the US appeal on October 27-28.
Media previously reported that US officials and the CIA were discussing the possibility of assassinating WikiLeaks founder Julian Assange in 2017 while he was hiding at the Ecuadorian embassy in London. At the same time, it was planned to steal Assange from the diplomatic mission or capture in case of an attempt to secretly escape.
Assange, accused of sexual harassment and rape in Sweden in 2010, has been hiding since June 2012 at the Ecuadorian Embassy in London, fearing extradition. On the morning of April 11, 2019, he was detained at the request of the United States. Since that time, Assange has been held in the Belmarsh maximum security prison. The extradition hearing began on May 2, 2019. Shortly thereafter, the US authorities announced that they had brought new charges against Assange for 17 counts of violations of the espionage and secret information disclosure laws. If extradited to the United States, Assange faces up to 175 years in prison.