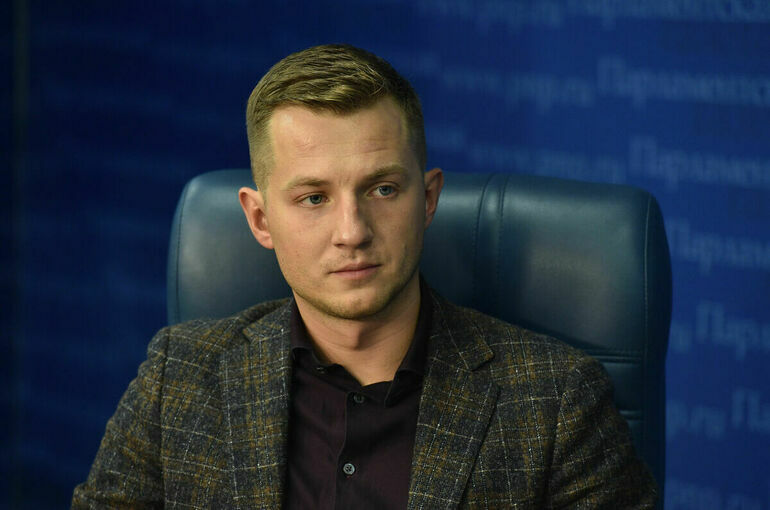 The State Duma received 4.5 thousand appeals from students and their parents regarding mobilization. More than four hundred summonses issued to young people illegally or by mistake have already been annulled, and dozens of students already sent to educational units have been returned home. Meanwhile, volunteer headquarters have been deployed throughout the country, which are ready to provide legal, psychological and domestic assistance to the mobilized, their relatives and people in difficult situations. The Chairman of the State Duma Committee on Youth Policy spoke about this and many other things in the press center of the Parliamentary Newspaper Artem Metelev.

– Artem Pavlovich, on October 6, a decree of the President of Russia was published on granting a deferment from mobilization to students of universities and colleges, regardless of whether they are public or private. Have you experienced violations against students?

– Personally, I received about 4.5 thousand requests from parents and students themselves. Among them were complaints about serving subpoenas even to full-time students of state universities. Together with the administrations of the regions, military commissars worked out each case.

For example, a student from Buryatia was called up and sent to the unit, who had recently submitted documents for transferring from part-time to full-time department, but the order at the university had not yet been made. I phoned the leadership of the region and the rector of the university, reported the error, and the guy had already returned home. And in Dagestan, without finding the student at home, they handed the summons to his grandmother. This is illegal – the summons can only be served in person, in paper form and under signature. So it will be canceled.

In general, more than four hundred subpoenas have already been annulled, and dozens of students who have been illegally sent to educational units have been returned home. Of course, partial mobilization is needed in the context of a special military operation, but, as the president said, the army needs people with military experience who have already served and have military specialties. And a 19-year-old student will not bring any benefit.

Thanks to the presidential decree, many issues have been clarified. Previously, there was talk of a deferment for students only in state institutions. Now all students who for the first time receive education in full-time and part-time, evening departments in colleges or universities are eligible for it. These can be educational institutions of any form of ownership, the main thing is that they have state accreditation. This applies to both graduate students and residents. The State Duma and our committee addressed the Minister of Defense, the Minister of Higher Education, and the Presidential Administration on this issue. And we were heard.

– You said that volunteers actively help mobilized people and their families. Tell us how.

-​ We have reoriented our project “We Are Together”, which appeared during the pandemic as an association of all caring people, companies, charitable organizations, to the tasks of today – to support the families of mobilized military personnel. Our task is to make them feel that they are not alone. Project headquarters are open in all regions, a hotline has been launched at 8 (800) 200-34-11. It has already received more than 18 thousand calls. The site myvmeste.rf is working.

Relatives and relatives of servicemen can receive legal and legal assistance. Volunteers from the Association of Lawyers are already participating in this work, now the Office of the Commissioner for Human Rights and the Youth Parliament of the State Duma are joining it.​

Volunteers also provide psychological support. This is request number one. Nearly 70 percent of people are anxious, according to a recent study by the Public Opinion Foundation. This is done by the Russian Red Cross, the Ministry of Education and Science, the psychological departments of universities.

And finally, this is targeted assistance by deed. If a father, brother, son in a family has gone to the front, it is necessary that someone instead of him perform his duties, for example, take the child to school, chop wood, repair the house. Volunteers are ready to help with pets. There is a button on the site for those who are ready to take a pet with them for a while, for which there is no one to look after.

You can offer any other help. We launched the Dobro Mutual application, where almost one hundred thousand users are registered. There you can write how you are ready to help or what you need – for example, take your child to a circle or improve a foreign language. And a system based on linguistic analysis will connect those who can help with those who need it.

– Can people who do not have mobilized people in their families apply for psychological help?

– Of course, if a person who needs psychological help calls, but his family does not have mobilized people, the volunteer psychologist will not hang up. Anyone with anxiety can apply.

We also plan to launch self-help groups for relatives of military personnel.

– What will be done for young people in the regions that became part of Russia – the DPR, LPR, Kherson and Zaporozhye regions?

– All federal support measures that are available for young people in Russia will automatically apply to residents of the territories that are part of the Russian Federation when they apply for citizenship. But even before the accession, the president decided to allocate 120 million rubles from the reserve fund for grant support for youth projects in the Donbass. About 300 million rubles more were allocated for organizing the Big Change, Your Move contests, and the work of the Knowledge society. We have already opened in these regions branches of all public organizations that exist in the country, volunteer headquarters “We Are Together”. In addition, youth centers will be built there. The regions will receive subsidies for this from the federal budget.

-​ The committee is now discussing amendments to the law on youth policy, which also refers to youth centers. What do you propose to change?

– The law will be seriously updated. We received 1065 proposals from young people, processed them together with the legislature of the regions and sent them to the Government. In response, we received more than a hundred comments, which we are now working on together with the relevant departments. We expect to have a working version ready by the end of October.

A separate chapter will be devoted to youth centers and spaces. State bodies will be obliged to create and develop them.

And the most important thing that should appear in the law is a chapter on measures to support youth. Federal, regional and municipal authorities will be responsible for supporting young people in the countryside, in sports, culture, education and other industries. We expect that by the end of the year we will submit a draft law to the State Duma.