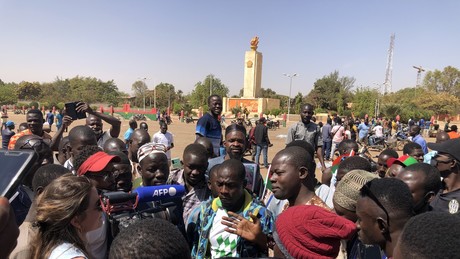 In the Burkina Faso capital, Ouagadougou, demonstrators attacked the French embassy. Pictures circulating on the internet show that the embassy buildings were on fire. A large number of angry demonstrators can also be seen.

This was preceded by a military coup. The military again ousted the President, Lt. Col. Paul-Henri Sandaogo Damiba, just eight months after the last coup. In a speech on state television RTB, the captain of the Burkinabe armed forces, Ibrahim Traoré, was declared head of state. The borders were closed and a curfew was imposed.

The protesters’ anger against France stems from rumors that outgoing President Denimba is under the protection of France, the country’s former colonial power. The new military government also fears a counterattack supported by France.

France denied the allegations like that German Press Agency (dpa) reported. Denimba would not be at the French embassy or a French military base. France denied any involvement in the events in the West African country.

Pictures are circulating on social media showing demonstrators with Russian flags. In neighboring Mali, France had completely withdrawn from the UN peacekeeping mission there. Germany is still active in Mali due to persistent suspicions that Mali is seeking military cooperation with Russia. Many African countries now regard Russia and China as more interesting allies than Western countries, partly because there is no colonial past that would put a strain on relations.

more on the subject – Like Afghanistan? Bundeswehr warns of chaos when withdrawing from Mali