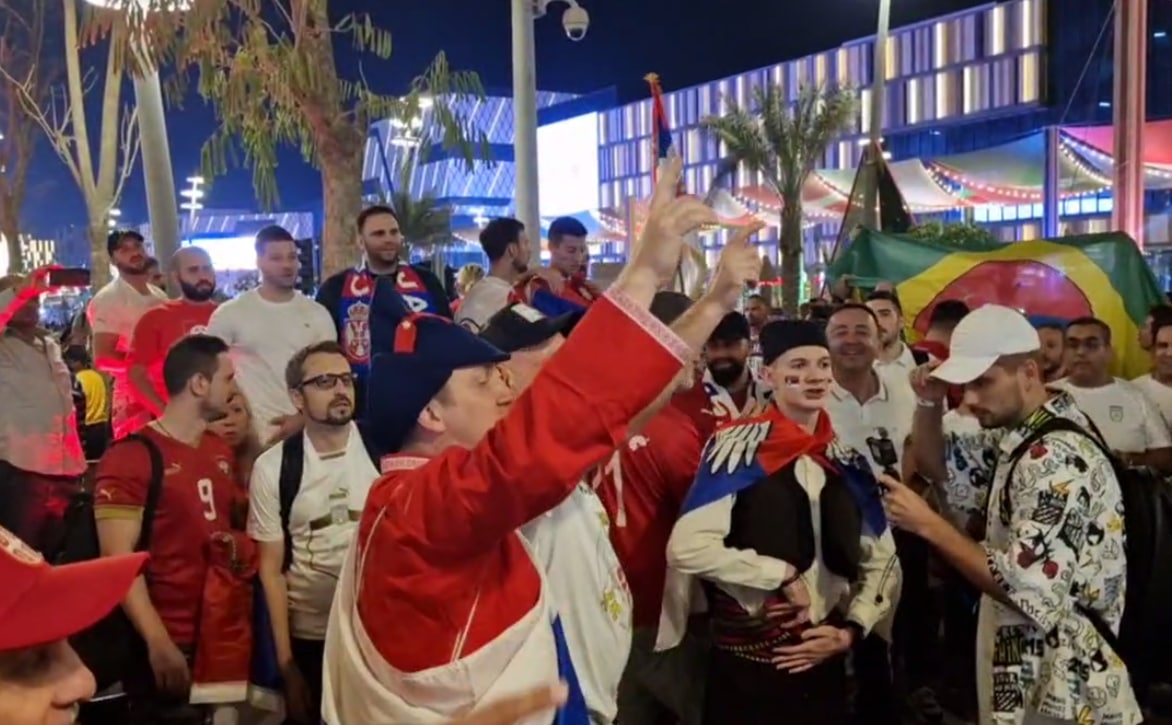 On November 24, in Belgrade, at the Russian Center for Science and Culture (RCSC) “Russian House”, a social and sports action “Cheer for ours!” started.

Guests of the Russian House supported the action “Cheer for ours!”, becoming spectators of the first match at the World Cup in Qatar between the Serbian football team and the Brazilian team. Representatives of the diplomatic corps, the public, and patriotic organizations also took part in the action. Director of the Russian House Evgenia Baranova called the support of the Serbian team a kind of gratitude.

“In the current situation, this is that small form of gratitude to the Serbs, who, despite the risks and monstrous pressure, have the courage to root for us,” – said the head of the representative office of Rossotrudnichestvo, transmits TASS.

On November 9, the Russian Center for Science and Culture “Russian House” in Belgrade launched the action “Cheer for ours!”, calling on Russians to root for the Serbian team at the World Cup. The motivational video was posted on the website of the Russian House and in social networks and soon became viral in Serbia, as well as popular in Russia.