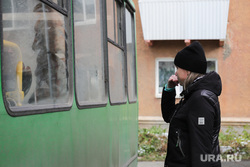 A working group has been created in the KhMAO government, which will deal with the social support of the mobilized and their families. It was headed by Deputy Governor of Yugra Vsevolod Koltsov and director of the regional department of social development Tereza Ponomareva. This was reported on the official website of the KhMAO government.

“The task of the group is to provide comprehensive assistance to the families of mobilized citizens. 22 municipal formations of the Autonomous Okrug are involved in the project implementation. Municipal groups for social support of mobilized citizens and members of their families in municipalities are headed by deputy heads for social issues. General plans are being developed to accompany families. For each family, social passports with a map of needs are filled out. At present, the main thing is to quickly develop measures aimed at solving problematic issues of accompanied families, including the appointment of social support measures, assistance in solving domestic issues, as well as legal and other types of assistance, ”the official government statement says.

The government reminds that now work is already underway in Ugra to pay the mobilized residents of the district a one-time financial assistance in the amount of 250 thousand rubles upon departure and return home. At the same time, assistance is provided in obtaining medical services, providing free services in social service institutions, placing children in kindergartens, and in solving everyday issues. Control by relevant departments is planned.

Earlier URA.RU reported that the mobilized residents of Khanty-Mansi Autonomous Okrug will be provided with the necessary equipment. Including ammunition will receive Ugra residents who are in training centers. Governor of Ugra Natalya Komarova told about this at a meeting with residents of Nefteyugansk.

Partial mobilization in Russia was announced on 21 September. Since February 24, the Russian military has been conducting a special operation to denazify and demilitarize Ukraine. Russian President Vladimir Putin noted that its main task is to protect the civilian population of the DPR and LPR.