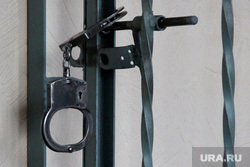 A resident of Perm was convicted for kicking a man to death. This was reported on the website of the Prosecutor’s Office of the Perm Territory.

“In June 2021, the perpetrator, while intoxicated, kicked an unfamiliar person several times on the head and left the scene. The citizen died from his injuries,” the ministry said.

The court decided to sentence the defendant to imprisonment for nine years and six months to be served in a correctional colony of general regime. Also, in favor of two young children of the deceased man, one million rubles in compensation for non-pecuniary damage was recovered.

Earlier URA.RU wrote that the 54-year-old Permian beat his cohabitant to death and went to sleep with a friend. The man did not deny his guilt, he confessed. He faces up to 15 years in prison.