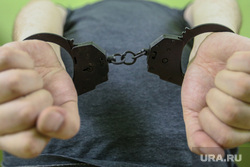 A young man from Khimki near Moscow was detained by the police in the city of Ocher in the Perm Territory. According to investigators, the 18-year-old guy worked as a drug pawnbroker, but got caught when he decided to use them.

“The young man managed to place 17 hiding places with a narcotic drug intended for consumers, he kept some of the prohibited substances with him. After burying the treasures, he decided to rest and use a drug, for this he went into the entrance of an apartment building, where he was detained by police, ”the website of the Main Directorate of the Ministry of Internal Affairs for the Perm Territory reports.

The police found 18 more bundles of drugs from the man, after which he confessed and indicated the places of the completed bookmarks. Now he faces up to 20 years in prison.

Earlier, URA.RU reported that in Perm, a courier was sentenced to 13 years in prison for bringing synthetic drugs from the Moscow region by train. Other members of the organized criminal group who traded in mephedrone are also awaiting their trial. It should be noted that according to the data of the Ministry of Health, at the end of 2021, the incidence of drug addiction increased in the Perm Territory.