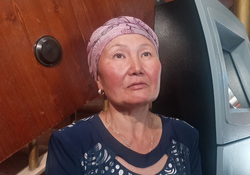 A friend of 36-year-old Nargiza from Yekaterinburg, who sold her 7-year-old son for 300 thousand rubles to strangers, revealed to URA.RU the reason for selling the child. According to her, the woman’s relatives had accumulated loans that needed to be repaid.

“Nargiza’s relatives have a lot of loans, they constantly called her and asked for money. She wanted to help her relatives from Kyrgyzstan. In total, they have six children, Nargiza sat at home with the children, and her husband works as a driver. She did not say anything about the fact that she wanted to sell her son. They had no conflict with the child, ”-

At the same time, a friend noted that the family lived in abundance, they did not have loans. “It was enough. About the fact that the boy did not get along with his stepfather is a lie, they have a good relationship, ”she summed up.

On August 11, the Verkh-Isetsky District Court of Yekaterinburg considered the issue of placing a girl in a pre-trial detention center. Recall that Nargiza posted on social networks an advertisement for the sale of her seven-year-old child for 300 thousand rubles. Yekaterinburg activists responded to the announcement, after informing the city police. The security forces from the department for combating organized crime came to the girl. The deal was interrupted, and the child was taken away from the mother.