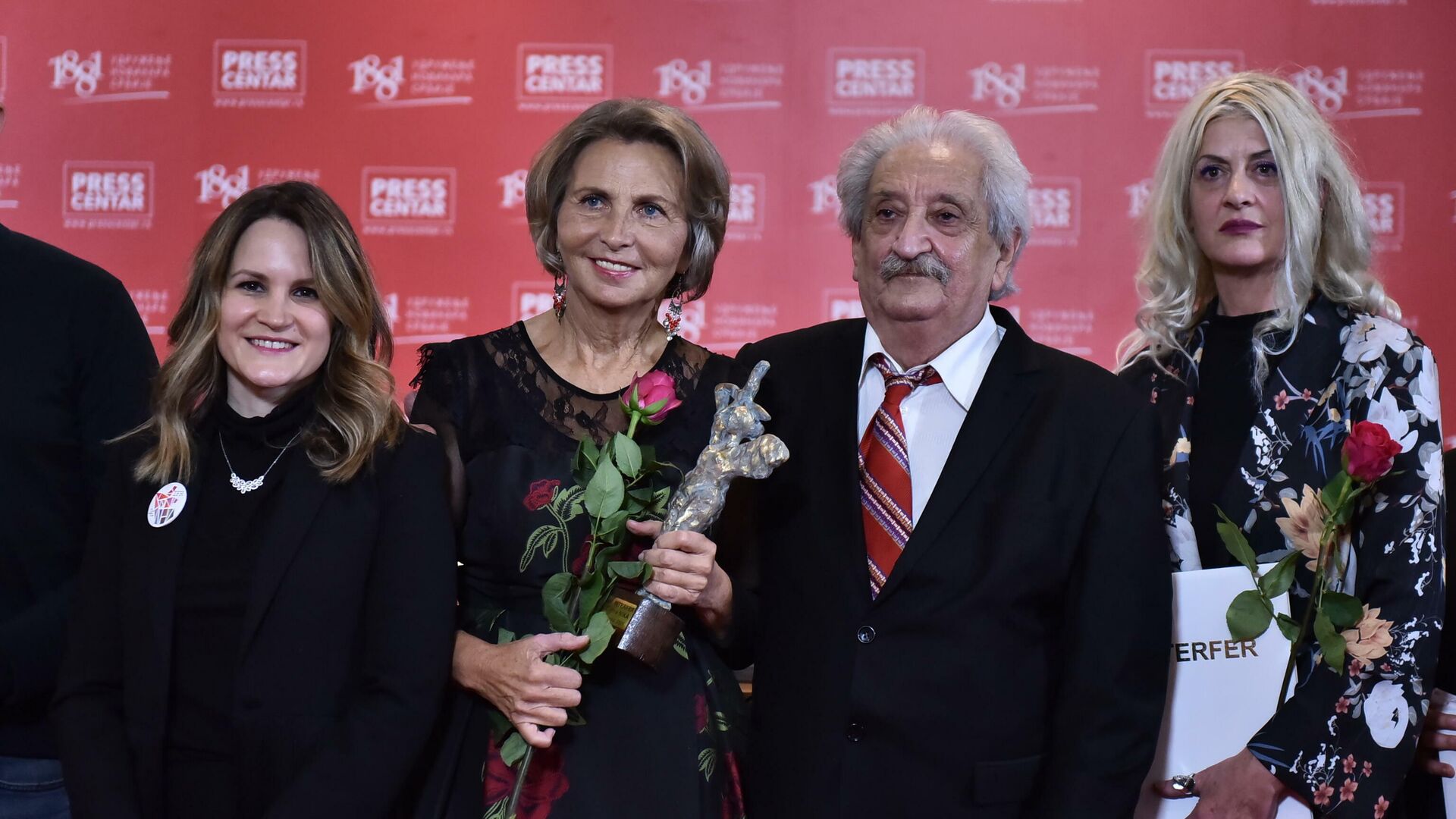 MOSCOW, October 24 – Sputnik Serbia received two prestigious Zlatna Nika awards from the 26th Serbian Interfer International Reporting and Media Festival this year. The jury considered the best selection of video reports presented by Sputnik, and also awarded the Grand Prix in the nomination “TV reportage” and the “Golden Nicky” statuette to the author’s film by Emir Kusturica about music, friendship and the lightness of being “Sex, Sport and Faith in the Eternal” Today “, filmed for Sputnik.
The award ceremony took place on Sunday in Belgrade at the press center of the Serbian Journalists’ Union. The Serbian poet, writer, screenwriter and journalist Pero Zubac was the chairman of the jury of the Interfer competition. Lubinka Milinčić, editor-in-chief of Sputnik Serbia, received the Golden Nika statuette for the best selection of reports. 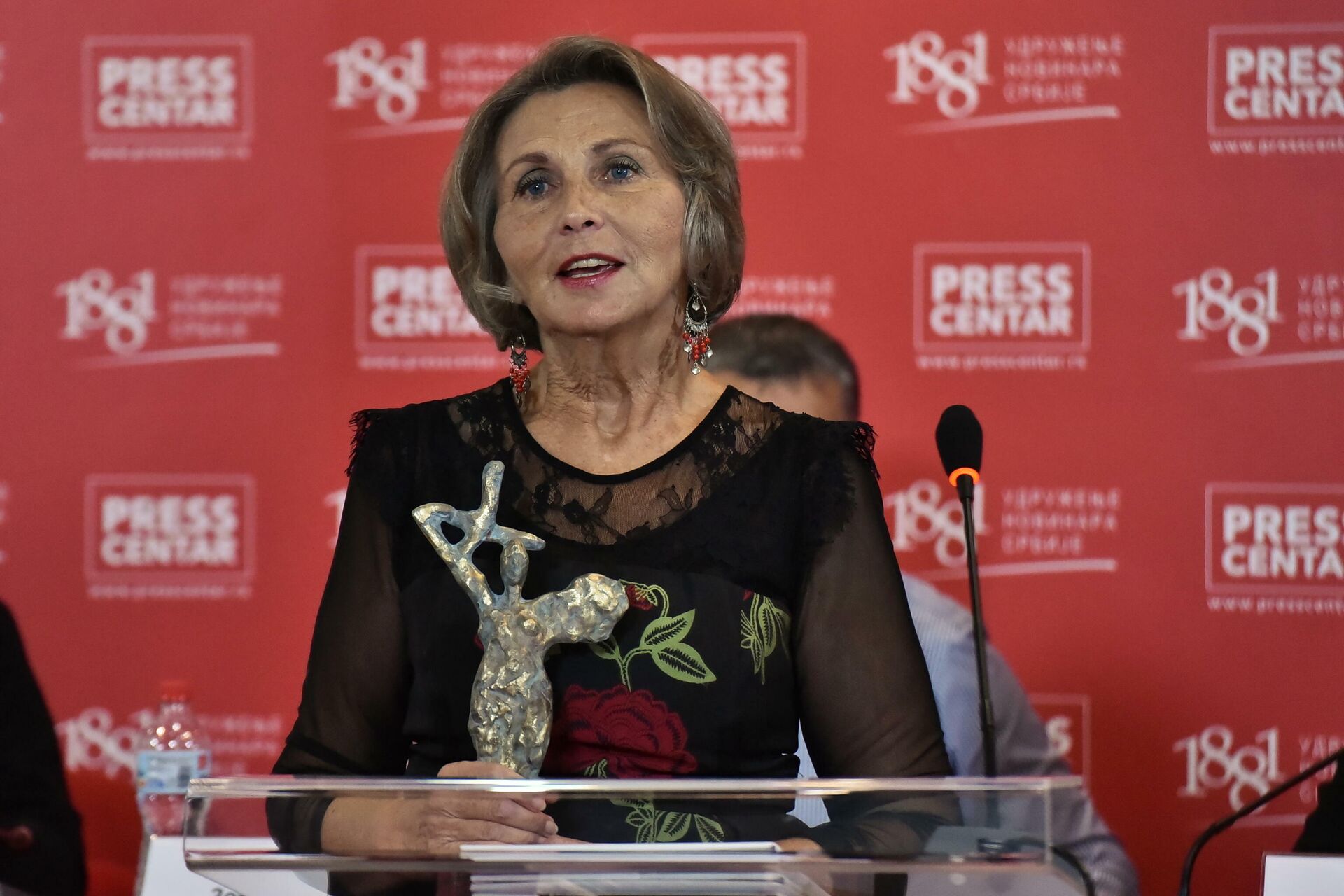 © Sputnik / Lola Djordjevic
Sputnik Serbia Editor-in-Chief Lubinka Milinčić received the Golden Niki statuette for the best selection of reports
“Thanks to everyone present and my wonderful editorial staff who created these incredible reports, recognized as the best. Over the six to seven years of Sputnik’s existence, we have received many awards, and this competition remains one of the most dear to me, because Interfer was the first to notice our work. This is not the first prize that we receive during the festival, and I hope it will not be the last. It seems to me that we have opened the way for a different view of the world, which has not been presented here for many years. The recognition of the jury is the best proof of this “, – noted Lubinka Milincic.
Kusturica, who spoke at the awards ceremony via video link, added: “After everything I’ve done in film, television and video production, I think it’s time to celebrate this Grand Prix thanks to Sputnik and the people who are able to provide this degree of freedom. when a person can do whatever he wants. “ 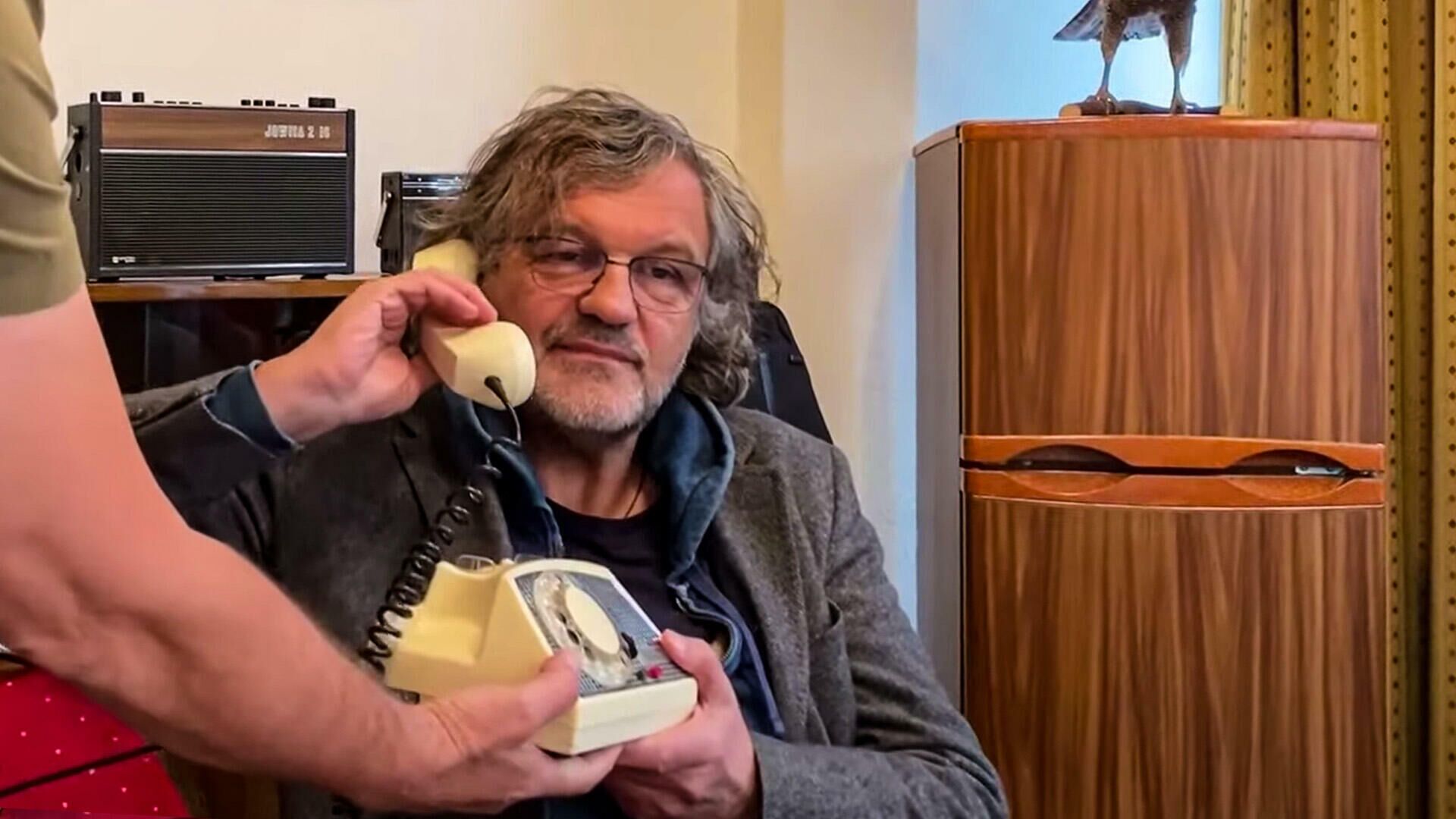 © Sputnik
Emir Kusturica received the Grand Prix in the nomination “TV reportage”
Famous filmmaker and musician Emir Kusturica has been collaborating with Sputnik Serbia since September 2021. In his original films, which he makes especially for Sputnik, he shares with viewers emotional memories, personal experiences and his own view of the modern world and its “sharp corners”: civilizational conflicts, geopolitical faults, the clash of Christian and rationalistic worldview and, of course, about the fate of the long-suffering Yugoslavia.
Sputnik participated in the competition with four videos: a report by Lubinka Milincic from Kyakhta, founded by the Serbian Count Savva Vladislavovich, “The city of Saint Sava and the Holy Trinity on the border with China“, release of a video blog”My Russia“Sputnik correspondent in Moscow Oliver Ikodinovic, dedicated to Red Square, a film dedicated to the anniversary of the bombing of Belgrade in 1941,”Awakening Under the Bombs: April 6th Eight Decades Later“, the author’s film by Emir Kusturica, with which Sputnik Serbia began cooperation in September this year, titled”Sex, sports and belief in the eternal “today”… 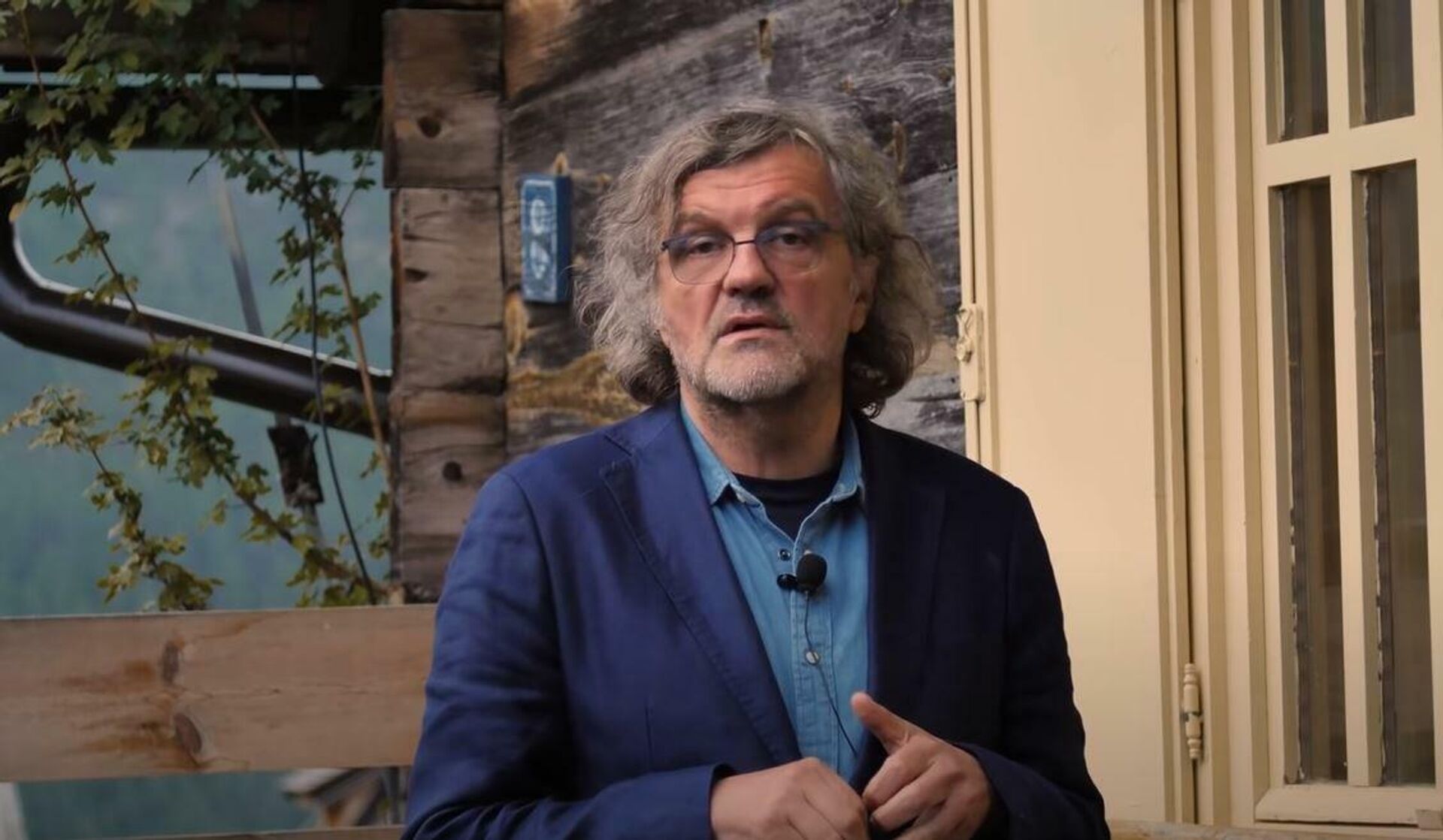 © Sputnik
Emir Kusturica received the Grand Prix in the nomination “TV reportage”
This year, more than 200 works from Serbia, Montenegro, Republika Srpska (Bosnia and Herzegovina), the Netherlands, Italy, Sweden, Syria, Lebanon and other countries took part in the competition. Participants of “Interfer” were awarded in five nominations: TV reportage, photo reportage, text reportage, radio reportage and socially significant reportage.
Sputnik – an international news agency and radio – part of the Russian media group “Russia Today”. Sputnik brings together websites in 32 languages, analog and digital radio broadcasts in more than 90 cities around the world, and news feeds in English, Arabic, Spanish, Chinese and Farsi. The audience of Sputnik information resources is about 50 million monthly visitors, the total number of subscribers in social networks exceeds 26 million. Sputnik’s head office is located in Moscow. 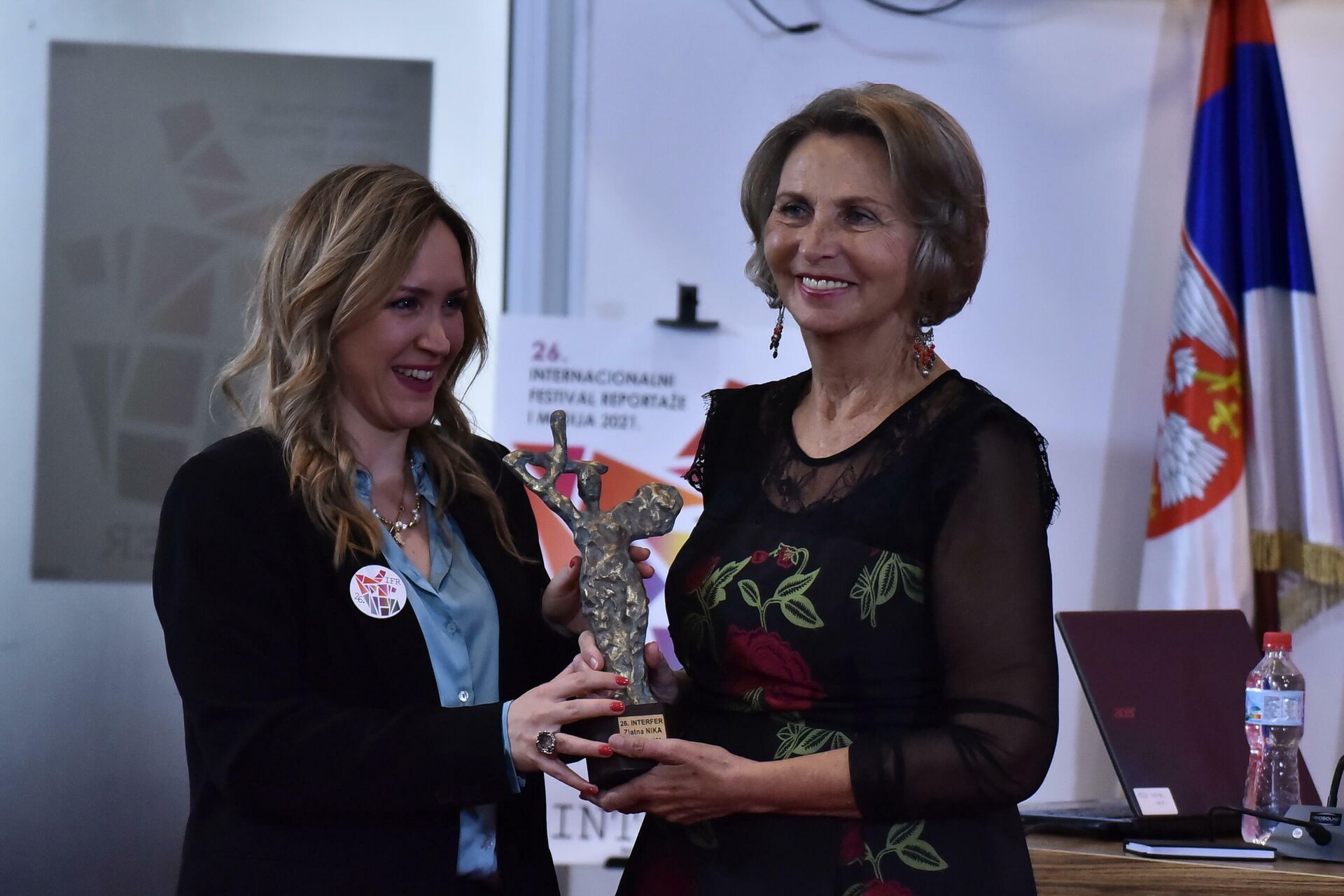