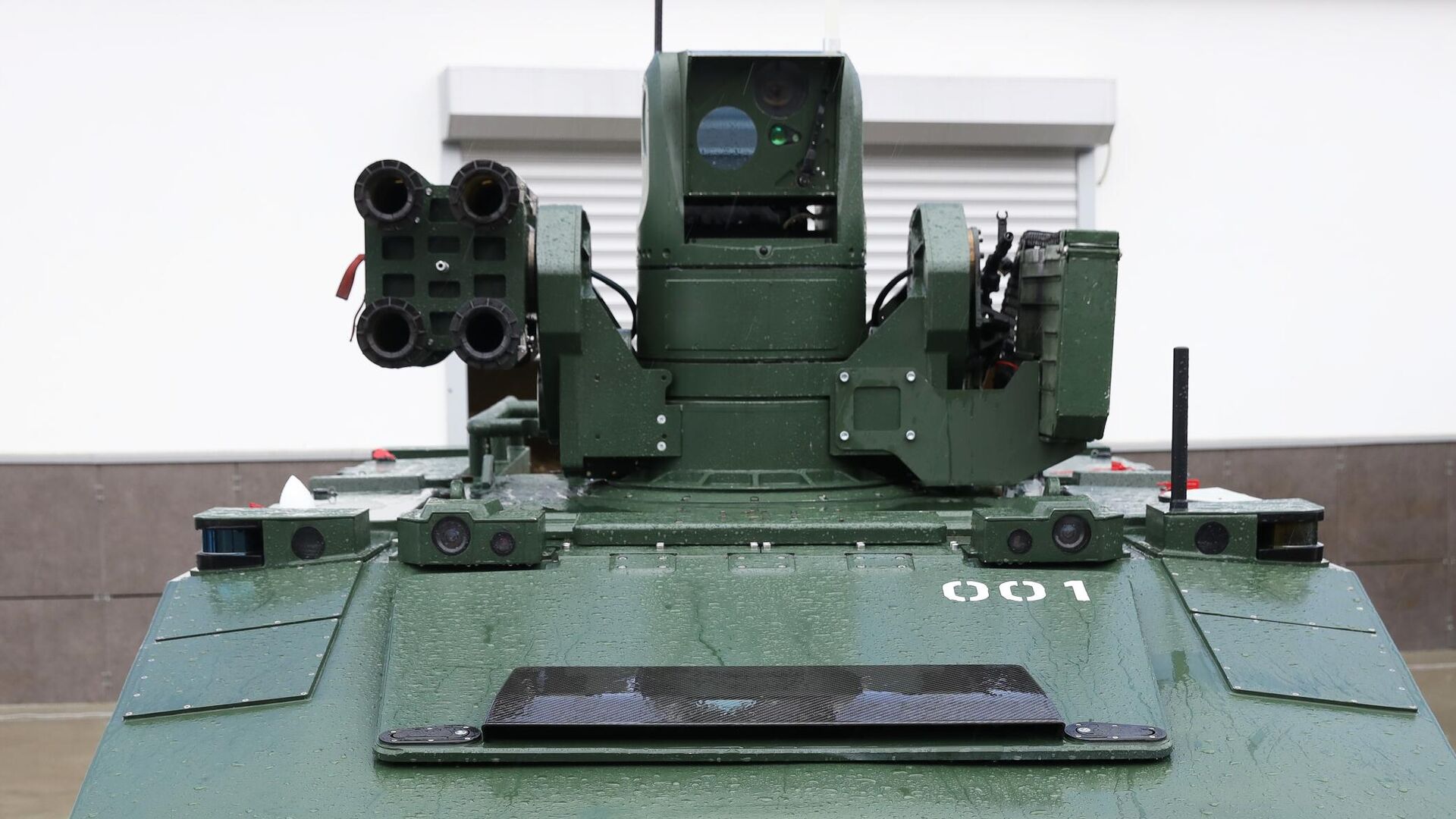 MOSCOW, October 21 – Tests of the “Marker” security robot at the Vostochny cosmodrome have been completed, according to the Advanced Research Fund.
“In the experiment, which was carried out on October 8-14, 2021 at the facilities of Vostochny, a wheeled version of the Marker platform equipped with a universal optoelectronic module was used. The machine monitored the state of the power supply lines and communications of the cosmodrome, monitored the integrity of the perimeter of the facilities,” says the message accompanying the FPI video on Youtube…
It notes that the robot moved along a given route in a completely autonomous mode, thanks to an intelligent vision system, “independently bypassing obstacles on the way. The autonomy of a machine equipped with a hybrid power plant is up to three days.
The prospects for further use of the robot at the Vostochny cosmodrome are not reported.
Earlier, the Okhrana scientific and technical center (the departmental guard of Roscosmos) began testing the Marker robotic security platform at the Vostochny cosmodrome. The tests are being carried out jointly with the private company “Android Technology” and the Advanced Research Foundation, which have created the robot.
As part of the tests, autonomous patrolling of ground space infrastructure facilities, detection of violators of the security perimeter, its identification and interception, countering terrorist acts, and combating unmanned aerial vehicles were practiced.