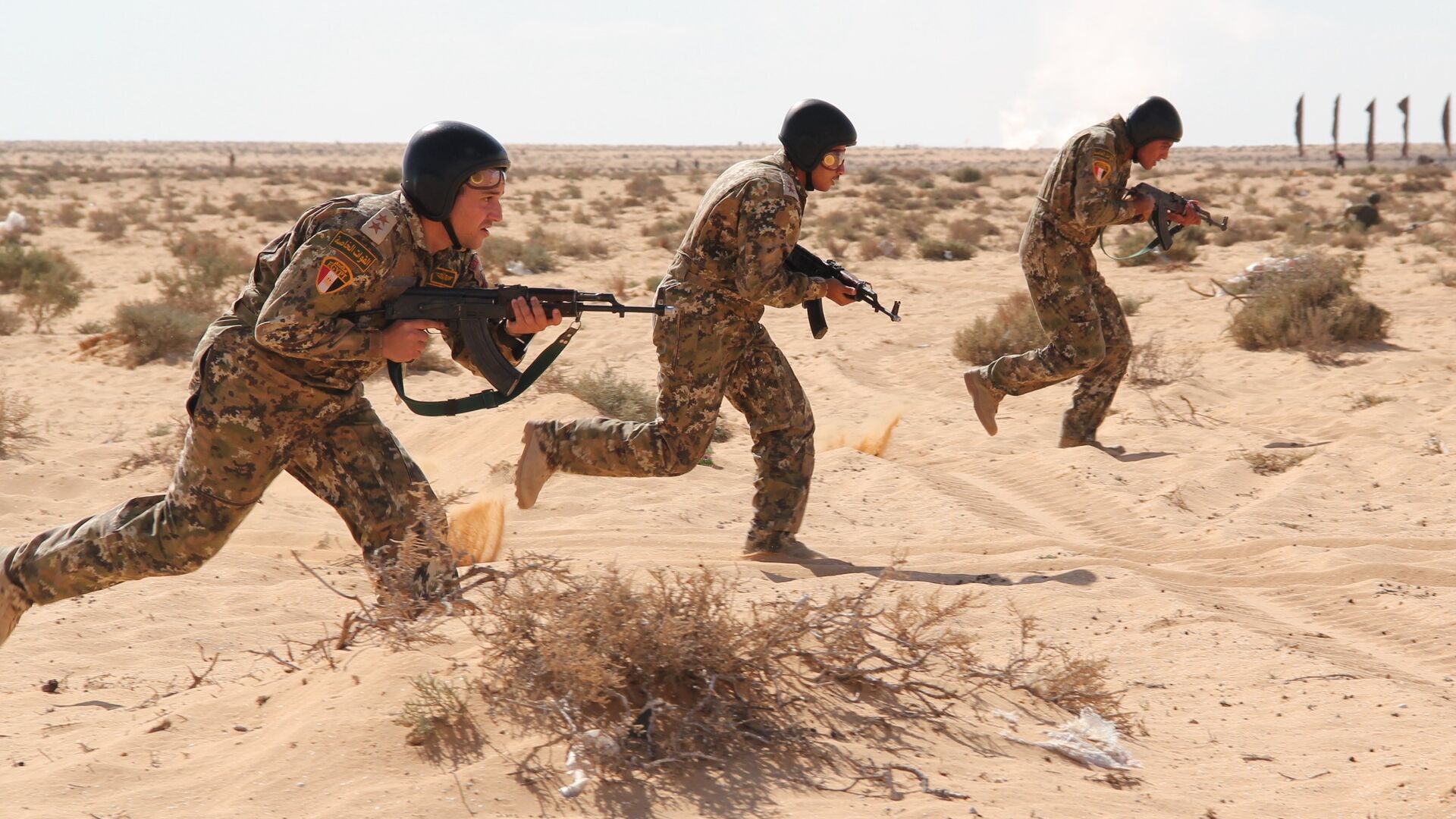 MOSCOW, October 21 – Paratroopers from Russia and Egypt, as part of the Defenders of Friendship 2021 joint exercises, conducted fire training using elements of tactical shooting at the paratrooper training ground near Cairo, the Russian Defense Ministry’s Information and Mass Communications Department reports.
From October 17 to October 29, a joint Russian-Egyptian tactical exercise “Defenders of Friendship-2021” is being held in Egypt with the practical landing of personnel and airborne equipment of the two countries.
“As part of the joint tactical exercise Defenders of Friendship 2021, paratroopers from Russia and Egypt conducted fire training classes using elements of tactical shooting at the training ground of the paratroopers of the armed forces of the Arab Republic of Egypt near Cairo,” the statement said.
During the exercise, the military fired at targets with small arms. They conducted shooting practice exercises, exchanging samples of small arms. It is emphasized that the Egyptian paratroopers fired Russian AK-12 assault rifles at targets at a distance of 150 to 500 meters. The Russian military hit targets with an AK-47 assault rifle. In addition, the grenade launchers fired from the RPG-7D and RPG-7 hand-held anti-tank grenade launchers at the armored vehicles of the conventional enemy at distances from 250 to 400 meters.
“At the end of the lesson at the training and material base of the military camp of the Egyptian armed forces, the paratroopers blocked and destroyed a mock enemy in the city quarter. buildings, using tactical shooting techniques “- added in the message.
In total, the Airborne Forces of Russia and the paratroopers of the Egyptian Armed Forces involved in the “Defenders of Friendship-2021” exercises a consolidated unit with a total number of more than 500 servicemen, as well as Il-76md military transport aircraft of the Russian Aerospace Forces and C-130 “Hercules. “Egyptian Air Force with heavy military transport helicopters” Chinook “Egyptian aviation.
The joint Russian-Egyptian tactical exercises “Defenders of Friendship” are being held for the fifth time. They were first held near Alexandria in Egypt in 2016. In 2017, the exercise was held in the Krasnodar Territory on the basis of the Novorossiysk airborne assault mountain unit of the Airborne Forces. In 2018, the participants in the joint exercise honed their skills at the paratrooper training ground near Cairo. In 2019, during the exercises at the Dubrovichi training ground in the Ryazan region, for the first time, servicemen of the Special Operations Forces of the Armed Forces of the Republic of Belarus took part in joint exercises.